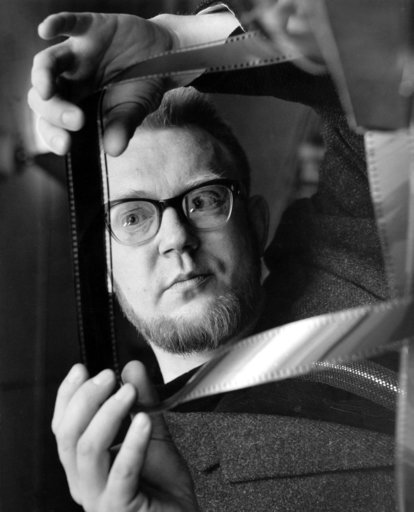 Swedish director and screenwiter Vilgot Sjoman in 1962. Sjoman directed I Am Curious (Yellow). The film was banned in Maryland, and a tied court in Grove Press v. Maryland State Board of Censors (1971) let the ban stand. (AP Photo/Scanpix, Bengt Almquist, used with permission from the Associated Press.)

In Grove Press v. Maryland State Board of Censors, 401 U.S. 480 (1971), the Supreme Court let stand an appeals court decision banning the film I Am Curious (Yellow) on the grounds of obscenity. Obscene material is not protected by the First Amendment.

I Am Curious (Yellow), made by Swedish director Vilgot Sjornan in 1967, contained full nudity and explicit sexual scenes. Although the film was wildly popular with European critics and viewers, in the United States the public was divided between those who found it obscene and offensive and others who considered it monumental and revolutionary.

According to the Maryland State Board of Censors, a film had to meet three criteria to be considered obscene:

Grove Press, a publisher of politically controversial and sexually explicit literary works and distributor of foreign films, challenged Maryland officials’ decision to ban the film. Grove Press was no stranger to high-profile censorship battles, having published Henry Miller’s Tropic of Cancer and won a narrow decision preventing censorship of this book in Grove Press v. Gerstein (1964).

With Justice William O. Douglas not participating, the Supreme Court split evenly, 4-4, with half the justices voting to uphold the Maryland ban and half holding that the state could not prohibit the film from being shown to consenting adults. Because of the tie vote, the lower court’s ban remained in place by default.

The portion of Maryland’s obscenity guidelines concerning social importance or relevance particularly divided the justices and created dissenting opinions. Some thought the film contained socially and politically relevant themes regarding the effect a young girl can have on her society by questioning and challenging social norms; others, however, thought the film had no merit whatsoever.

I Am Curious (Yellow) eventually opened the doors for more sexually explicit films to be shown, and made, in the United States. The Court established criteria for judging such films and other productions in Miller v. California (1973) and Paris Adult Theatre I v. Slaton (1973).