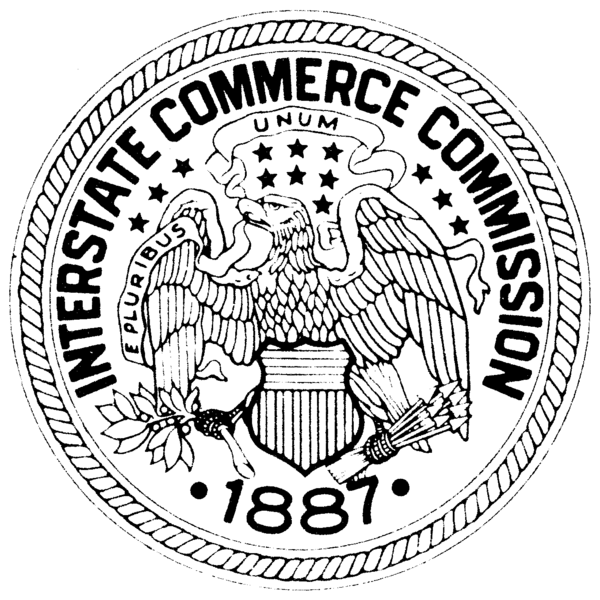 In Marks v. United States (1977), the Supreme Court found that it violated due process to apply the stricter standards for obscenity articulated in Miller v. California (1973) rather than the looser standards of Memoirs v. Massachusetts (1966), which were the only ones in force at the time of the alleged offense. Petitioners were convicted of transporting obscene materials through interstate commerce in violation of a federal statute. (Logo of the Interstate Commerce Commission, public domain)

In Marks v. United States, 430 U.S. 188 (1977), the Supreme Court found that it violated due process to apply the stricter standards for obscenity articulated in Miller v. California (1973) rather than the looser standards of Memoirs v. Massachusetts (1966), which were the only ones in force at the time of the alleged offense.

Petitioners were convicted of transporting obscene materials through interstate commerce in violation of a federal statute. The conduct occurred before the Miller case was decided; thus, in district court the petitioners argued that jury instructions should be based on Memoirs rather than Miller. The district court overruled, and the Sixth Circuit Court of Appeals affirmed. The Supreme Court then reversed.

Powell observed that Miller was a harsher test than Memoirs

In writing the opinion for the Court, Justice Lewis F. Powell Jr. observed that the third part of the Memoirs test had protected expressive material unless it was “utterly without redeeming social value.” By contrast, the Miller test had asked “whether the work, taken as a whole, lacks serious literary, artistic, political, or scientific value.” Because Miller “casts a significantly wider net than Memoirs,” applying Miller would violate the due process clause “much as retroactive application of a new statute to penalize conduct innocent when performed would violate the Constitution’s ban on ex post facto laws.” Such retroactive application denied “fair warning” to those who might be subject to criminal penalties. Although the decision in Memoirs had been a plurality, rather than a majority, decision, lower courts had still interpreted it as reigning law, and it would be unfair to subject film marketers to a new standard for conduct they engaged in when the old standard was in place. Powell accordingly reversed the lower court judgment and remanded the case for consideration under the Miller standards.

Other justices would have dismissed the case

Justice William J. Brennan Jr. wrote an opinion concurring in the Court’s decision against retroactive application of the Miller standards but objecting to a new trial on the basis that the statute at issue was “clearly overbroad and unconstitutional on its face.”

Similarly, Justice John Paul Stevens, in another partial concurrence and partial dissent, would have dismissed the case also. He observed that the statute governs materials that implicate First Amendment values; that it punished people for distributing materials that, under Stanley v. Georgia (1969), they had a right to possess; and that the standards in such prosecutions “are so intolerably vague that evenhanded enforcement of the law is a virtual impossibility.” He observed that “my brief experience on the Court has persuaded me that grossly disparate treatment of similar offenders is a characteristic of the criminal enforcement of obscenity laws.”

The case is also significant because it established the so-called Marks rule in constitutional interpretation — that when no single opinion captures a majority of the Court, the holding of the Court rests in the opinion decided on the narrowest grounds. Powell explained in his opinion: “When a fragmented Court decides a case and no single rationale explaining the result enjoys the assent of five Justices, ‘the holding of the Court may be viewed as that position taken by those Members who concurred in the judgments on the narrowest grounds.’”