By Kevin Buckler
Related cases in Obscenity and Pornography 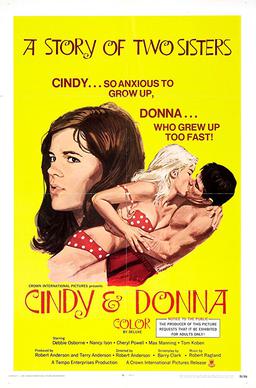 In Roaden v. Kentucky(1973), the Supreme Court invalidated the constitutionality of police seizure of obscene materials, the film Cindy and Donna in this case, from the manager of a drive-in movie theater and use of the evidence to prosecute the manager on state obscenity charges. (Image via Wikimedia Commons, fair use)

In Roaden v. Kentucky, 413 U.S. 496 (1973), the Supreme Court invalidated the constitutionality of police seizure of obscene materials from the manager of a drive-in movie theater and use of the evidence to prosecute the manager on state obscenity charges.

The Court held that the seizure by the police, “without the authority of a constitutionally sufficient warrant, was unreasonable under Fourth and Fourteenth Amendment standards.”

In September 1970, the sheriff of Pulaski County, Kentucky, and the district prosecutor bought tickets at a drive-in theater to view the film Cindy and Donna. A sheriff’s deputy also viewed the film from a road overlooking the theater. When the film ended, the sheriff seized the film and arrested the theater manager for violating the state’s obscenity law.

The defense attorney for the theater manager objected to the film being entered into evidence at trial on the grounds that the film was obtained without a warrant and because a judicial authority had not been given the opportunity to enter judgment on whether the film was obscene before the film was seized.

The trial court allowed the jury to see and consider the film evidence, and the manager was convicted. The Kentucky Court of Appeals upheld the trial court’s decision by ruling that the evidence was lawfully seized because the sheriff had observed the crime and the film was seized incident to the manager’s arrest.

The Supreme Court, by a vote of 7-1, reversed and remanded the decisions of the Kentucky courts. It held that the sheriff’s action constituted prior restraint, because the evidence was seized in the absence of a judicially proscribed warrant. Writing for the majority, Chief Justice Warren E. Burger reasoned that because the actions acted as a restraint on expression, this type of restraint called for a “higher hurdle in the evaluation of reasonableness.”

This article was originally published in 2009. Kevin Buckler is a professor of Criminal Justice at the University of Houston-Downtown. His interest in the First Amendment relates to the codification of restrictions on free speech into city ordinances and state law, as well as free speech limitations in the prosecution of criminal cases.