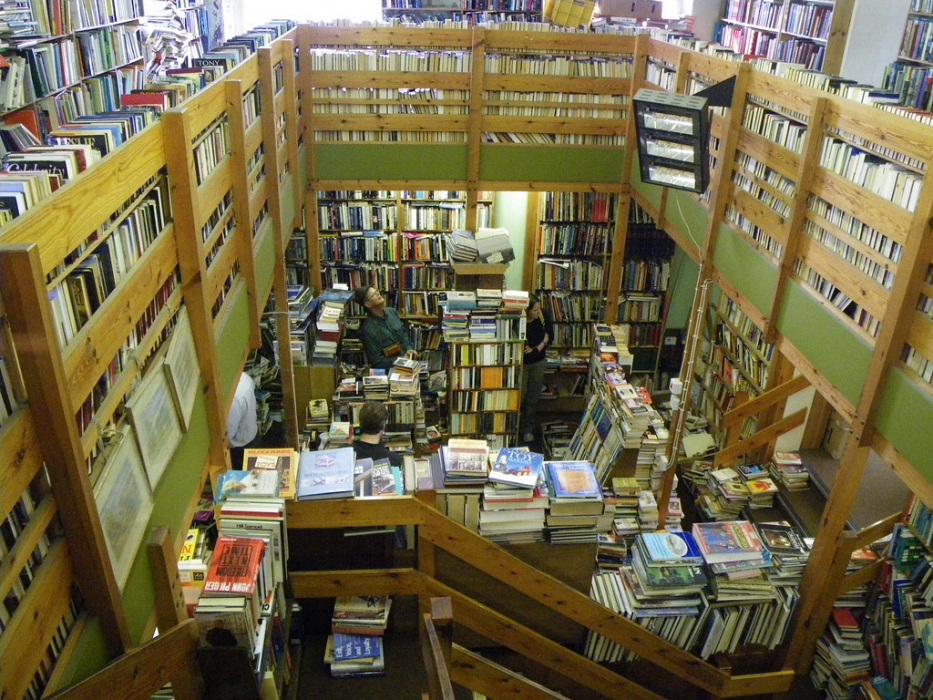 Smith v. California (1959) overturned a California law that criminalized the sale of obscene books, saying it violated the First Amendment. A bookstore owner had sold a book that authorities considered obscene, but he had not read the book nor did he know it could be considered obscene under local and state law. (Photo of a bookstore, "Broadstairs bookstore" by weldonwk is licensed under CC BY 2.0 )

In Smith v. California, 361 U.S. 147 (1959), the Supreme Court held unanimously that the First Amendment rights of a Los Angeles bookstore owner had been violated when he was held criminally liable and sentenced to 30 days in jail in 1956 for selling the pulp novel Sweeter Than Life, by Mark Tryon.

Eleazer Smith, 72, had never read Tryon’s book about a ruthless lesbian businesswoman and did not know that it was considered obscene under local and state law.

In the opinion for the Supreme Court, Justice William J. Brennan Jr. asserted that the California law had placed unconstitutional limitations on public access to material protected by the First Amendment. He chose not to express an opinion on whether the book was actually obscene.

Brennan also contended that the California law was vague. The Court had held that laws are considered vague if people of ordinary intelligence have difficulty interpreting their intent. Applying this void for vagueness test, Brennan noted that whenever the First Amendment is at issue, the Court applies a stricter standard for determining vagueness in order to protect the free dissemination of ideas.

Court was concerned that law could stifle public access to materials

Brennan expressed grave concern about the legitimacy of Smith’s conviction without proof of preexisting knowledge of the book’s alleged obscenity. He also noted that the California law placed no undue burden on local authorities to determine whether proprietors were aware that particular material offered for sale was considered obscene. In the absence of such assurances, the Court was concerned that all booksellers would live in fear of arrest, further stifling public access to materials.

The concurring opinion by Justice Hugo L. Black articulated his oft-repeated belief that the freedoms of speech and press guaranteed in the First Amendment are absolute.

Earlier in the year, the Court had struggled with the issue of obscenity in film, holding in Kingsley International Pictures v. Board of Regents (1959) that New York state could not declare the film version of D. H. Lawrence’s Lady Chatterley’s Lover obscene under the Roth standard. Only in 1973, in Miller v. California, would the Court establish its three-tiered obscenity standard and abandon the case-by-case practice of determining obscenity.