By Alan Tauber
Related cases in Obscenity and Pornography, Right to Receive Information 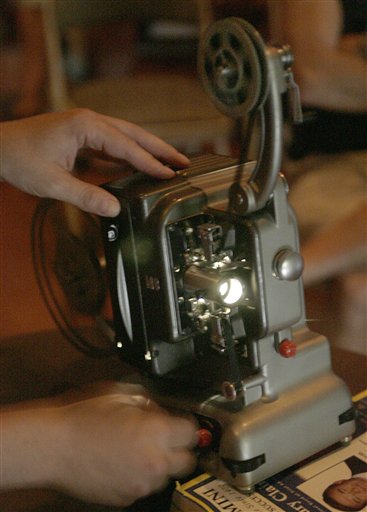 Stanley v. Georgia (1969) held that mere possession of obscene material could not be criminalized, although the state still had broad power to regulate the distribution of obscenity. The case came about after Robert Stanley was convicted for possessing obscene films in his home. This photo is of an 8mm projector, the type of camera and film found in Stanley's home. (AP Photo/Stew Milne, used with permission from the Associated Press)

In Stanley v. Georgia, 394 U.S. 557 (1969), the Supreme Court held that the mere private possession of obscene materials could not be criminalized, consistent with the First Amendment, although it acknowledged that ownership of such materials is not protected speech.

The Court based its decision on the principle that the First Amendment protects the right to receive information and ideas, even when those ideas lack social worth.

Agents had entered Robert E. Stanley’s house looking for evidence of bookmaking. Instead, they found three reels of film in the desk drawer of an upstairs bedroom that they judged to be obscene. Stanley was convicted of possessing obscenity by a jury applying Georgia law, and the state supreme court upheld his conviction.

Stanley appealed to the Supreme Court, claiming his First Amendment freedom of expression rights had been violated. With a unanimous vote, the Court reversed the lower court rulings.

Court said state can not dictate what individuals read, watch in their own house

The Court found it noteworthy that the statute attempted to reach into Stanley’s home.

The implication of the recently recognized right to privacy added weight to Stanley’s First Amendment claim. As Justice Thurgood Marshall wrote for the Court, “If the First Amendment means anything, it means that a State has no business telling a man, sitting alone in his own house, what books he may read or what films he may watch. Our whole constitutional heritage rebels at the thought of giving government the power to control men’s minds.”

Because the line between transmission of ideas and mere entertainment was “too elusive” for the Court to draw, the Court felt it best not to try. Indeed, Justice Marshall questioned whether such a line could ever be drawn. Therefore, the state could not attempt to legislate a person’s private thoughts.

Court preserved right of state to regulate distribution of obscenity

The Court recognized and affirmed the state’s “broad power to regulate obscenity,” but it said that power did not extend to the mere possession, in private, of such material. The Court distinguished this case from Roth v. United States (1957), on the grounds that Roth was convicted of sending obscene materials through the mail. The Court acknowledged that states remain free to criminalize the mailing and distribution of materials deemed obscene, but that interest is not unlimited. They may not criminalize the mere private possession of those materials.

Finally, the Court turned to the argument that the criminalization of possession was a necessary incident to the criminalization of distribution. The Court first expressed doubt about the need to criminalize possession to stop distribution and then held that even if the state were correct, that would not “justify infringement of the individual’s right to read or observe what he pleases.”

Justice Potter Stewart, joined by two other justices, concurred in the result but found that the search that uncovered the obscene material that formed the basis of the charges was unlawful and that the evidence was illegally seized in violation of the Fourth Amendment.

In Osborne v. Ohio (1990), the Court limited Stanley by upholding an Ohio statute that banned the personal possession and viewing of child pornography.