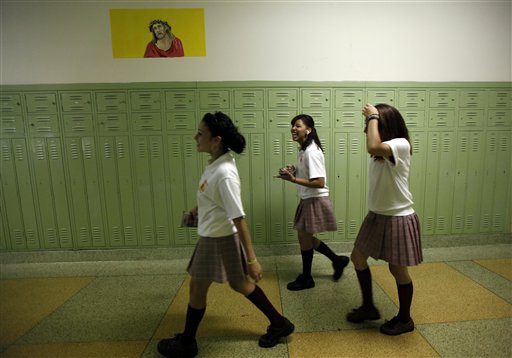 Pennsylvania and Rhode Island enacted legislation permitting tax-funded reimbursement to church-affiliated schools, covering expenses such as teacher salaries and the costs of textbooks and other instructional materials. Because educational costs were rapidly increasing, subjecting parochial schools to increasing budget constraints, the states offered financial assistance programs in an effort to secure the quality of education at church-affiliated schools.

In response to the payments, the plaintiff taxpayers filed suits in federal courts alleging the states violated the First Amendment by “respecting” an establishment of religion. After district courts delivered conflicting decisions, the Supreme Court granted certiorari and consolidated the cases for review.

Chief Justice Warren E. Burger wrote the Court’s unanimous decision, reviewing the language and history of establishment clause jurisprudence and observing, “A law may be one ‘respecting’ the forbidden objective [the establishment of religion] while falling short of its total realization.”

After noting the vague constitutional language of the First Amendment, the Court turned to the question of creating a workable doctrine to determine whether an establishment had taken place.

This three-part doctrine is known as the Lemon test, and although questioned by some justices on the Court, it remains the dominant jurisprudential rule for establishment clause cases. The Court voids laws in which it finds a violation of any of these elements.

Court said program had excessive entanglement between religion and government

Applying the secular purpose prong of the three-part test to the Pennsylvania and Rhode Island programs, the Court found no inadmissible legislative purpose; the reimbursement plans were designed to ensure the quality of student education, not to promote religious education.

The Court did not apply the second “principal or primary effect” prong, however, because it found a violation of the excessive entanglement doctrine, ruling that “[a] comprehensive, discriminating, and continuing state surveillance will inevitably be required” to certify that state funds are not being used to advance religious teachings at the schools.

Some have argued to replace Lemon test

The Court has applied the Lemon doctrine inconsistently, and it modified the test in Agostini v. Felton (1997). The Agostini decision announced that the entanglement test is not an independent and distinct test, but it should be viewed in concert with other factors as part of the effects test. Some justices advocate abandoning the Lemon test in favor of looking at whether the government improperly forced or coerced someone into some religious activity (the coercion test) or improperly endorsed religion (the endorsement test).