By John R. Vile
Related cases in Antitrust Laws and the First Amendment, Freedom of the Press 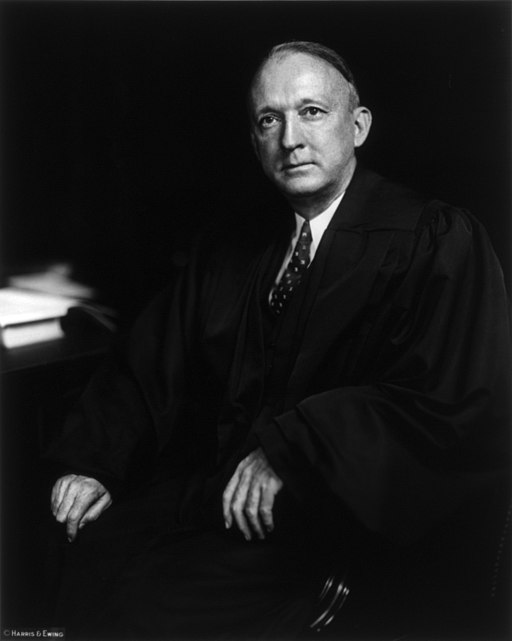 Justice Hugo Black wrote the majority opinion in Associated Press v. United States (1945), concluding that the press was not exempt from anti-trust laws because of the First Amendment. Black further elaborated on the importance of the "widest dissemination of information" that he believe the anti-competitive behavior of the Associated Press exhibited.

In a 6-2 decision, the Supreme Court in Associated Press v. United States, 326 U.S. 1 (1945) upheld an injunction filed against the Associated Press (AP) for alleged violations of the Sherman Antitrust Act of 1890.

Most of the violations related to the agreement that AP members made not to share their stories with nonmembers and to the power that existing members had to exclude new ones.

Court looked at violation of anti-trust laws by Associated Press

Writing for the majority, Justice Hugo L. Black denied that the press should receive more favorable treatment under the law than other businesses, “[f]or equal — not unequal — justice under law is the goal of our society.”

He also denied that the prevailing clear and present danger test applied to this case. Black stated that the membership provisions of the AP stifled competition by essentially giving existing members an effective veto over new members who might compete with them if given membership.

As to freedom of the press, Black wrote that “it would be strange indeed ... if the grave concern for freedom of the press which prompted adoption of the First Amendment should be read as a command that the government was without power to protect that freedom.” Instead, he asserted that the First Amendment was premised “on the assumption that the widest dissemination of information from diverse and antagonistic sources is essential to the welfare of the public, that a free press is a condition of a free society.”

Justice William O. Douglas’s concurring opinion stressed that the AP was engaged in an “unreasonable” restraint of trade.

Justice Felix Frankfurter’s concurring opinion rested in large part on a lower court opinion by Judge Learned Hand. Frankfurter observed that a “free press is indispensable to the workings of our democratic society.” He further intoned, “Truth and understanding are not wares like peanuts or potatoes.”

Dissenters disputed that AP had sought to restrain trade

Justice Owen J. Roberts dissented on the basis that he did not think that the AP had sought to restrain trade or had effectively limited it. Instead, he focused on the healthy competition that it received from the United Press and the International News Service.

Justice Francis W. Murphy came to similar conclusions. He disputed the adequacy of the evidence upon which the majority had relied and feared that it was opening “a previously unopened door” that might clear the way for more dangerous governmental interferences in the future.