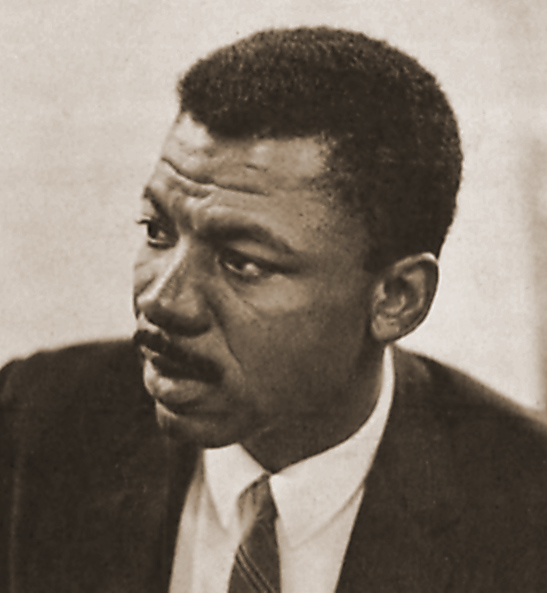 Epton made inflammatory speeches against police

In July 1964, Epton — the leader of the Harlem Progressive Labor Movement — made several inflammatory speeches in Harlem after the killing of a 15-year-old African-American youth by a white police officer. Epton made statements such as, “They [the police] declared war on us and we should declare war on them and every time they kill one of us damn it, we’ll kill one of them and we should start thinking that way right now . . . because we had better stop talking about violence as a dirty word.”

Epton was convicted under anarchy law

In December 1965, a jury convicted Epton of conspiring to riot, advocating the overthrow of the state government, and advocacy of criminal anarchy. He was charged under the same New York anarchy law used to prosecute and convict Benjamin Gitlow in the famous case Gitlow v. New York (1925). The New York Court of Appeals (the state’s highest court) affirmed Epton’s convictions in May 1967 in People v. Epton (1967).

On January 22, 1968, the Supreme Court denied Epton’s appeal in per curiam fashion. Justice Potter Stewart concurred in the denial, writing that “these cases do not require the Court to consider either the criminal anarchy conviction or the associated conspiracy conviction.” Stewart also wrote that he concurred with the denial because Epton’s convictions resulted in only three concurrent one-year terms.

In his dissent, Justice Douglas wrote that “the use of constitutionally protected activities to provide the overt acts of conspiracy convictions might well stifle dissent and cool the fervor of those with whom society does not agree at the moment.” He pointed out that the Court “has never decided whether activities protected by the First Amendment can constitute overt acts for purposes of a conviction for treason.”

The conviction of Epton, who died in 2002 at the age of 70, might not have survived Supreme Court review if it had been presented after the Court’s 1969 decision in Brandenburg v. Ohio, which limited convictions for the advocacy of illegal conduct to situations in which there is an incitement to imminent lawless action.