By Jane E. Kirtley
Related cases in Freedom of the Press, Prior Restraint 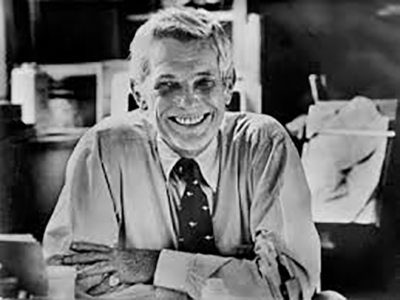 W.E. "Ned" Chilton III was publisher of the Charleston Gazette when in 1978 it decided to publish the name and photograph of a juvenile who was the alleged shooter at a school where a 15-year-old had been killed. The publication of the name ran afoul of a 1941 West Virginia law that prohibited the publication of juvenile offender names. After Chilton and other newspaper executives were indicted, they took their case to the Supreme Court, which ruled the West Virginia law unconstitutional, noting that the newspapers obtained the name through lawful means. (Photo of Ned Chilton via West Virginia Press Association.)

In Smith v. Daily Mail Publishing Co., 443 U.S. 97 (1979), the Supreme Court unanimously struck down a West Virginia statute making it a crime for a newspaper to publish the name of a juvenile offender without a written order from the court. It is one in a line of rulings upholding what is sometimes called the Daily Mail principle, establishing that the news media cannot be punished for disseminating lawfully obtained truthful information.

Two newspapers — the Charleston, West Virginia, Daily Mail and the Charleston Gazette — learned through routine monitoring of the police radio band that a 15-year-old student had been shot and killed at his school. They sent reporters to the scene, where they obtained the name of the alleged juvenile perpetrator by talking to witnesses, police, and an assistant prosecutor. The Daily Mail did not initially report the assailant’s name, but the Gazette published his name and his photograph. Several radio stations also broadcast his name, and the Daily Mail subsequently printed it as well.

The two newspapers were indicted for violation of the state law. They challenged the statute, claiming that it acted as an unconstitutional prior restraint and obtained a writ of prohibition from the West Virginia Supreme Court of Appeals. The state countered that the statute was constitutional because the public interest in protecting the identity of juveniles outweighed the heavy presumption against prior restraints.

Chief Justice Warren E. Burger wrote that regardless of whether the West Virginia statute operated as a prior restraint or a post-publication sanction, it would be subject to the same strict scrutiny.

He found that previous rulings, although not dispositive, “strongly suggest” that if a newspaper lawfully obtains truthful information about a matter of public significance, a state may not constitutionally punish publication except to further a state interest “of the highest order.”

The fact that the newspapers had obtained the youth’s identity from ordinary reporting techniques, rather than from official sources, was not controlling, Burger wrote. He further found that the state’s interest in protecting the juvenile was not sufficient to justify a criminal penalty, especially when the statute’s prohibition did not apply to the electronic media, but instead was limited to “newspapers.” Burger also questioned the necessity of a criminal penalty in this situation, noting that although every state had a statute providing for some type of confidentiality for juvenile offenders, only five imposed criminal penalties on nonparties for disclosure of their names.

Justice William H. Rehnquist concurred in the judgment, agreeing that by prohibiting publication only by newspapers, the West Virginia statute failed to achieve its purpose “when it permits other ... means of mass communication to distribute this information without fear of punishment.” He contended that the state’s interest in preserving offenders’ anonymity would justify a ban on the publication of juveniles’ names provided it applied to all media.

This article was originally published in 2009. Jane E. Kirtley is the Silha Professor of Media Ethics and Law at the Hubbard School of Journalism and Mass Communication, University of Minnesota, where she also directs the Silha Center for the Study of Media Ethics and Law. From 1985-1999, she was the Executive Director of the Reporters Committee for Freedom of the Press. She is the author of the Media Law Handbook published by the U.S. State Department.