By Linda M. Merola
Related cases in Libel and Slander 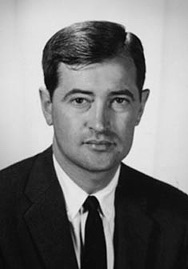 In Anderson v. Liberty Lobby, 477 U.S. 242 (1986), the Supreme Court required application of the clear and convincing evidence standard to decide if a journalist had displayed actual malice.

It reached this conclusion while ruling on a motion for summary judgment brought by a journalist to dismiss a libel action initiated by an advocacy group whose members were considered to be public figures.

Liberty Lobby, a political advocacy group founded by Willis Carto, had filed a defamation suit against columnist Jack Anderson for 21 allegedly libelous statements in the Investigator, a magazine.

A federal district court deemed members of the Liberty Lobby to be limited-purpose public figures and applied the standard set in New York Times Co. v. Sullivan (1964). As such, Liberty would be required to show with “convincing clarity” that Anderson acted with “actual malice” in printing the statements.

Anderson moved for summary judgment under Rule 56 and submitted an affidavit from the reporter who authored the articles, demonstrating that the reporter had conducted substantial research and relied upon multiple sources.

Liberty argued that the suit should survive summary judgment because several of the reporter’s sources were “patently unreliable.” The district court granted summary judgment in favor of Anderson, taking into account the elevated “clear and convincing” evidentiary standard that would apply at trial under Sullivan.

The District of Columbia Circuit Court of Appeals held that this standard of proof — applicable at the decision phase — need not be considered in determining the question of summary judgment. Rather, to apply the higher standard to summary judgment “would change the threshold summary judgment inquiry from a search for a minimum of facts supporting the plaintiff’s case to an evaluation of the weight of those facts.”

The court then reversed with respect to nine of the allegedly defamatory statements.

The Supreme Court reversed and remanded.

In an opinion written by Justice Byron R. White on behalf of six justices, the Court noted that in determining summary judgment, a court must consider whether there exists sufficient disagreement in the evidence to provide a genuine issue for trial.

The district court correctly considered Sullivan’s clear and convincing standard in making its summary judgment determination. Enough evidence must exist that a reasonable jury might find actual malice at that standard of proof.

In order to survive a summary judgment motion properly supported by evidence, a plaintiff must also present evidence to support a favorable jury verdict. A plaintiff may not survive by simply asserting that the jury might disbelieve the defendant’s denial of actual malice.

Justice William H. Rehnquist authored another dissent, joined by Chief Justice Warren E. Burger, contending that the lower court did not need to apply the clear and convincing evidence standard in determining motions for summary judgments.