By Neil Ralston
Related cases in Libel and Slander 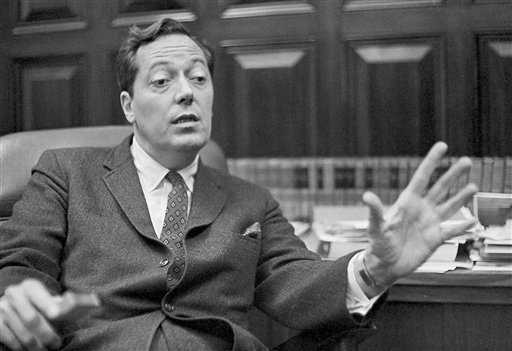 New Orleans District Attorney Jim Garrison shown at his desk in New Orleans in 1967. Garrison was charged with criminal libel in Louisiana in 1962, but in 1964, the Supreme Court ruled in Garrison v. Louisiana that the criminal libel law used to convict him was unconstitutional. (AP Photo/Jack Thornell, with permission from the Associated Press.)

New Orleans Parish District Attorney Jim Garrison had argued that the state had violated his right to freedom of speech when it convicted him of criminal libel. Garrison had been charged with libel for publicly stating that a large backlog of criminal cases was due to the inefficiency and laziness of eight state judges. He also said the judges were hampering his attempts to enforce vice laws.

According to Justice William J. Brennan Jr., Louisiana’s criminal libel law was unconstitutional because it restricted the use of truth as a defense, and it did not require prosecutors to prove that the comments in question were made with what the Court had defined as actual malice in Sullivan. The majority ruling in Sullivan established that a comment exhibits actual malice only if it is made “with knowledge that it was false or with reckless disregard of whether it was false or not.”

In Sullivan, decided eight and a half months before Garrison, the Court held that truth is an absolute defense against libel in civil court. Furthermore, the Court had decided that malicious statements made against public officials could be protected under the First and Fourteenth Amendments even if the statements were false and made with ill will.

The Garrison decision, which overturned a state supreme court ruling, applied the newly determined guidelines for civil libel laws to laws pertaining to criminal libel. Brennan did not close the door on criminal libel altogether, stating that the use of “calculated falsehoods” might be a punishable libel in criminal court.

“Although honest utterance, even if inaccurate, may further the fruitful exercise of the right of free speech, it does not follow that the lie, knowingly and deliberately published about a public official, should enjoy a like immunity,” he wrote.

Brennan’s views on this aspect of the case were not shared by Justices William O. Douglas and Hugo L. Black. In concurring opinions, each argued that criminal libel laws could be used unconstitutionally to squelch open discussion on public matters. Black wrote “that under our Constitution there is absolutely no place in this country for the old, discredited English Star Chamber law of seditious criminal libel.”