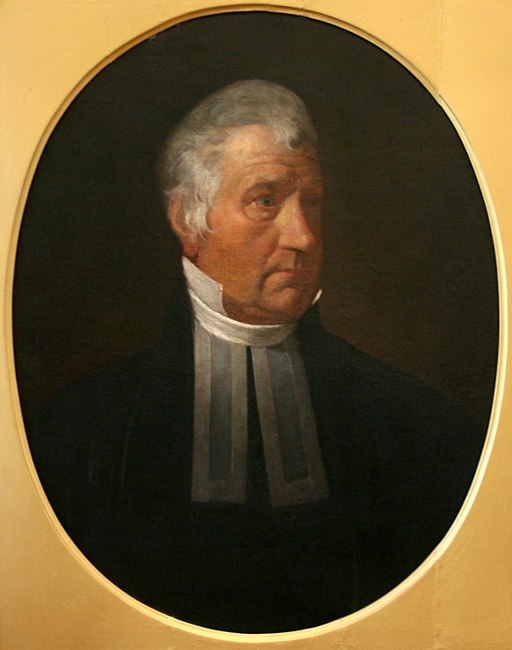 Rev. Dr. Harry Croswell, pictured here circa 1835, was convicted of libeling President Thomas Jefferson. In his trial, he was not allowed to prove the truth of his statements. Although his conviction was upheld, New York Supreme Court Judge James Kent argued that truth should be a defense to libel. Kent's opinion was influential in future First Amendment libel cases. (Image via Wikimedia Commons, public domain)

In convicting Croswell, a lower court had refused to allow him to prove the truth of what he had said or his intent in publishing it. Judge (later chancellor) James Kent’s widely reported opinion influenced judicial approaches to libel at a time when such matters had yet to become the subject of decisions by the U.S. Supreme Court.

Judge Kent argued truth should be a defense to libel

The supreme court’s divided opinion technically left Croswell’s conviction in place. But by the time of the ruling, the state had already adopted a law that effectively incorporated elements of Judge Kent’s lead opinion, which itself had incorporated a number of English common law principles that the lower court judge had not followed. Kent argued that defendants should be able to assert the truth of the libel as a defense and that the judge in Croswell’s case should have granted the jury the right to decide whether the words published were criminal.

Kent looked at importance of First Amendment freedoms in America

After reviewing English common law precedents, Kent opined that “the people of this country have always classed the freedom of the press among their fundamental rights.” He cited actions by the First Congress and the New York convention that had ratified the U.S. Constitution, the fact that state constitutions specifically recognized this right, and the Sedition Act of 1798 in advocating allowing truth as a defense.

Kent endorsed Hamilton's idea of freedom of the press

Kent distanced himself from the view he associated with James Madison’s Virginia Report of 1800 that would put seditious libel beyond the reach of the law.

Rather, Kent endorsed the idea presented to the court by Alexander Hamilton, who handled Croswell’s appeal, that freedom of the press consisted of “the right to publish, with impunity, truth, with good motives, and for justifiable ends, whether it respects government, magistracy, or individuals”; by this definition, it would be possible to be convicted for libel for truthful statements made with bad motives.

Walter Berns (1970: 159) notes that the decision was widely quoted not only in New York but also in other states and proved far more influential in most of the nineteenth and early twentieth centuries than did the more liberal formulations of Jefferson and Madison that were subsequently incorporated into libel decisions, including in New York Times Co. v. Sullivan (1964).