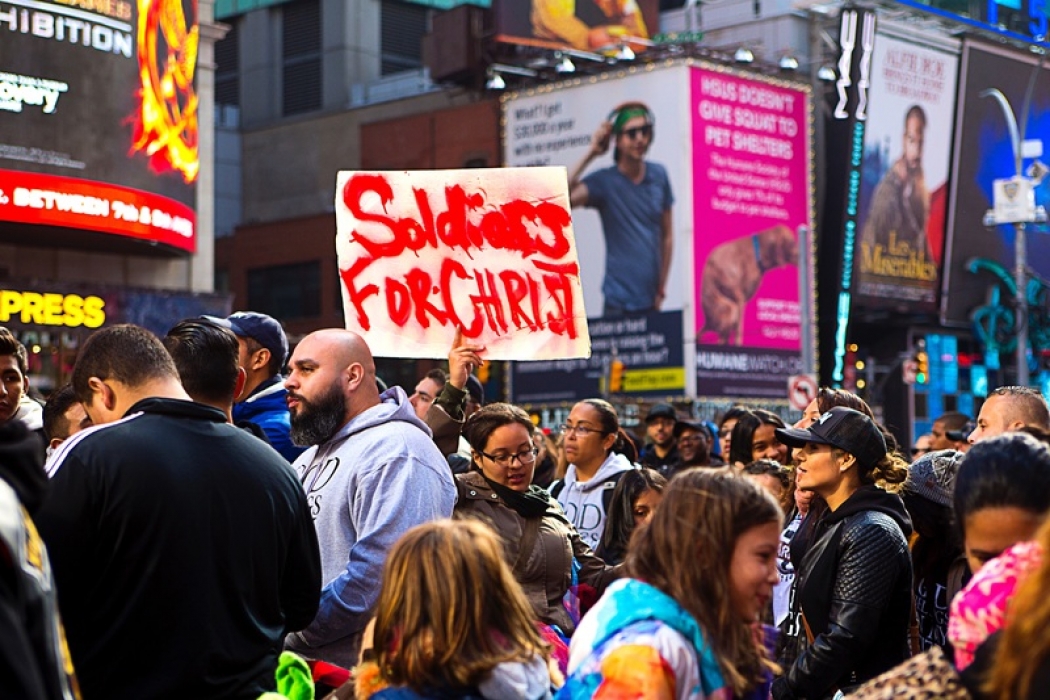 In Cox v. New Hampshire (1941), the Supreme Court upheld the conviction of a number of Jehovah’s Witnesses for parading without a permit, ruling that their First Amendments rights to freedom of religion, speech, and assembly had not been violated. (Image of unrelated gathering via Pxhere, public domain)

In Cox v. New Hampshire, 312 U.S. 569 (1941), the Supreme Court upheld the conviction of a number of Jehovah’s Witnesses for parading without a permit, ruling that their First Amendments rights to freedom of religion, speech, and assembly had not been violated.

Jehovah's Witnesses convicted for parading without a permit

A group of Jehovah’s Witnesses had peacefully paraded single file on a sidewalk in Manchester, New Hampshire, carrying signs and handing out leaflets announcing a meeting. They had not secured the requisite permit. They invoked their First Amendment rights and argued that the permit requirement vested undue authority in the licensing authority and was “vague and indefinite.”

In the opinion for the unanimous Court, Chief Justice Charles Evans Hughes rejected the assertion that the case involved “freedom of worship.”

According to the Court, the permit requirement did not evidence interference with worship but was “only the exercise of local control over the use of streets for parades or processions.”

Court reasoned parade permitting process did not discrimate based on content

In brief, the Jehovah’s Witnesses had not been prosecuted for the content of their expression but for parading without a permit. Hughes observed that constitutional civil liberties “imply the existence of an organized society maintaining public order without which liberty itself would be lost in the excesses of unrestrained abuses.”

He further noted, “The control of travel on the streets of cities is the most familiar illustration of this recognition of social need.” Permits would enable preparation for contingencies necessitated by demonstrations and were valid “time, place and manner” restrictions.

Hughes also rejected the idea that permit fees, ranging from a nominal amount to $300, were unreasonable and asserted that a flat fee would not as easily allow the city to adapt to contingencies.