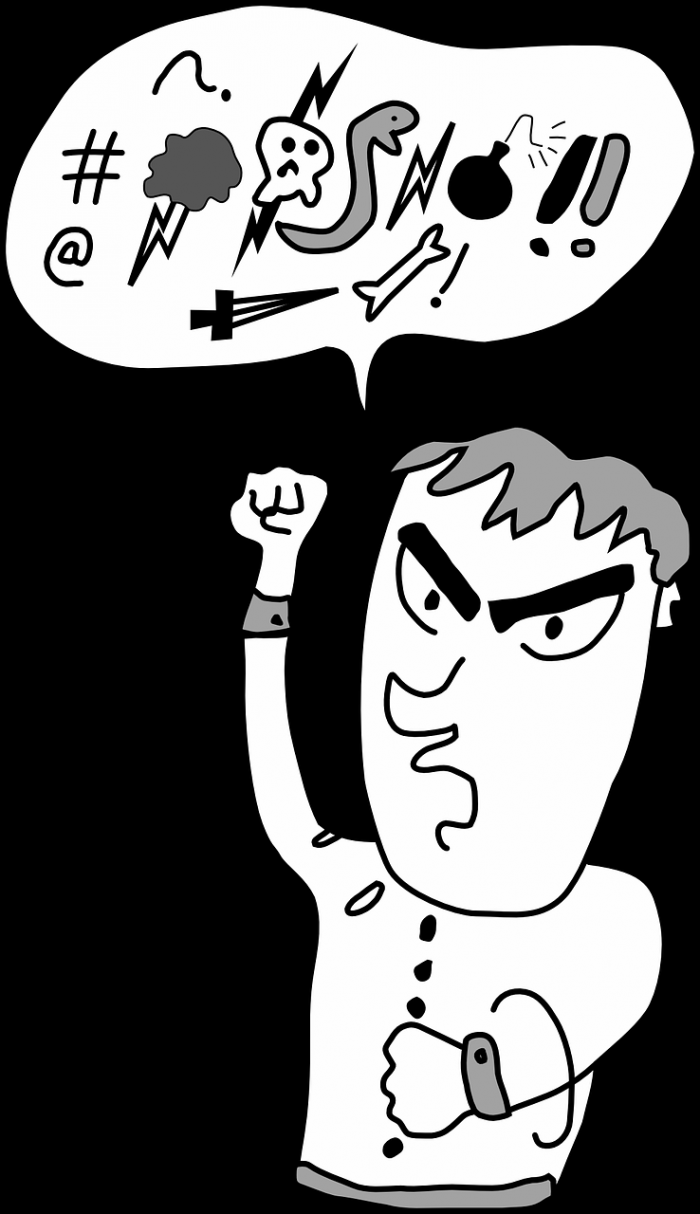 At issue in Rosenfeld v. New Jersey (1972) was whether a conviction under state law prohibiting profane language in a public place violated a man's First Amendment's protection of free speech. The Supreme Court vacated the man's conviction and remanded the case for reconsideration in light of its recent rulings about fighting words. The man had used profane language at a public school board meeting. (Illustration via Pixabay, public domain)

In Rosenfeld v. New Jersey, 408 U.S. 901 (1972), the Supreme Court vacated the conviction of a man for his profane language at a New Jersey school board meeting and remanded the case for reconsideration in light of its decisions in Cohen v. California (1971) and Gooding v. Wilson (1972), both of which had struck down convictions based on the use of coarse, but nonthreatening, words.

The Court ruled in Rosenfeld on the same day that it decided Lewis v. City of New Orleans and Brown v. Oklahoma. The cases involved the question of whether profane and abusive language crossed the line from First Amendment-protected expression into the unprotected category of fighting words.

Court vacated conviction for profane language during school board meeting

Rosenfeld involved the conviction of a person in New Jersey who had, according to Justice William H. Rehnquist, “used the adjective ‘M— f—’ on four different occasions while concluding his remarks” to an audience of about 150 people that included about 40 children and 25 women at a public school board meeting.

He was prosecuted and convicted under a New Jersey statute that says:

'Any person who utters loud and offensive or profane or indecent language in any public street or other public place, public conveyance, or place to which the public is invited . . . is a disorderly person.' N.J.Rev.Stat. 2A:170-29(1) (1970).

Chief Justice Warren E. Burger wrote a dissent (also applicable to Lewis and Brown), which was joined by Justices Harry A. Blackmun and Rehnquist. Burger argued that in a system of “ordered liberty,” citizens did not take the law into their own hands because they expected the state to protect “against fighting words and profane and abusive language.” He feared that “this permissiveness will tend further to erode public confidence in the law.”

Justice Lewis F. Powell Jr. wrote a separate dissent, citing the New Jersey law, designed to prevent breach of the peace, under which Rosenfeld had been convicted. Powell thought that the fighting words doctrine “should also extend to the willful use of scurrilous language calculated to offend the sensibilities of an unwilling audience.”

In a separate dissent, Rehnquist reviewed the facts of this case and its companions and concluded that the New Jersey ordinance at issue could not reasonably be thought under the standards of Cantwell v. Connecticut (1940) “unduly to infringe the protected freedom.”