Board of County Commissioners v. Umbehr (1996) 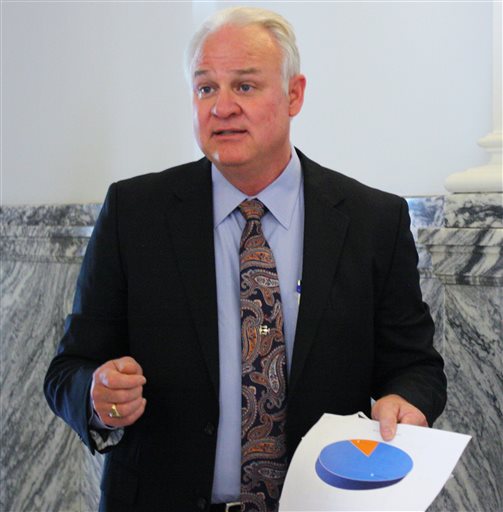 Board of County Commissioners v. Umbehr (1996) ruled that ending a trash hauler’s county contract because of his criticism of the board violated his First Amendment freedoms. The trash hauler was Keen Umbehr, shown here as Libertarian Party gubernatorial candidate in Kansas in 2014. (AP Photo/John Milburn, used with permission from the Associated Press)

The question confronting the Supreme Court was whether termination of a trash hauler’s contract by a county board of commissioners, presumably because of his frequent criticism of the board, constituted a violation of his First Amendment freedom of speech.

Umbehr's trash hauling contract was terminated after he criticized commissioners

Prior to his termination, Keen Umbehr, an independent contractor, had repeatedly criticized the three-member Board of County Commissioners of Wabaunsee County, Kansas, in both appearances before the board and letters and editorials in the local newspapers, alleging various illegalities and improprieties by the board. The board terminated Umbehr’s contract in a 2-1 vote against its automatic renewal.

Umbehr then filed suit against the two commissioners who voted against him, both personally and in their capacity as commissioners, alleging that the termination had resulted from his criticism of the board and so had violated his First Amendment rights.

Was Umbehr a public employee or independent contractor?

A federal district court recognized that the contract had likely been terminated in retaliation for Umbehr’s criticisms and that Umbehr had suffered damages as a result. Nevertheless, the court found in favor of the commissioners, granting their motion for summary judgment and holding that the First Amendment did not prohibit consideration of Umbehr’s comments in deciding whether to terminate his trash contract when it came up for renewal.

The U.S. Supreme Court granted certiorari. In a 7-2 decision written by Justice Sandra Day O’Connor, the Court affirmed the decision of the 10th Circuit, holding that the relationship between Umbehr and Wabaunsee County was sufficiently close to merit the recognition of a First Amendment right protecting the holder of an at-will contract from termination (or prevention of automatic renewal) in retaliation for speech.

Rejecting a “bright-line rule” that would deny independent contractors such protection, the Court also applied the Pickering balancing test, noting that the interests of the government as contractor (rather than employer) should be weighed against the relevant free-speech interests.

Court said contractor interests should be weighed against free-specch interests

The Court also held that in order to prevail, Umbehr would have to show that his contract was terminated in response to speech rather than merely showing that he engaged in speech prior to the termination.

Citing Mount Healthy City School District Board of Education v. Doyle (1977), the Court noted as well that the board would have a valid defense if it could show, by a preponderance of the evidence, that it would have engaged in the termination irrespective of the speech. Under Pickering, the board might also prevail if it could show that its interests outweighed the free speech interests of Umbehr.

In a dissent joined by Justice Clarence Thomas, Justice Antonin Scalia argued that the tradition of patronage was stronger than the First Amendment protections in this case.