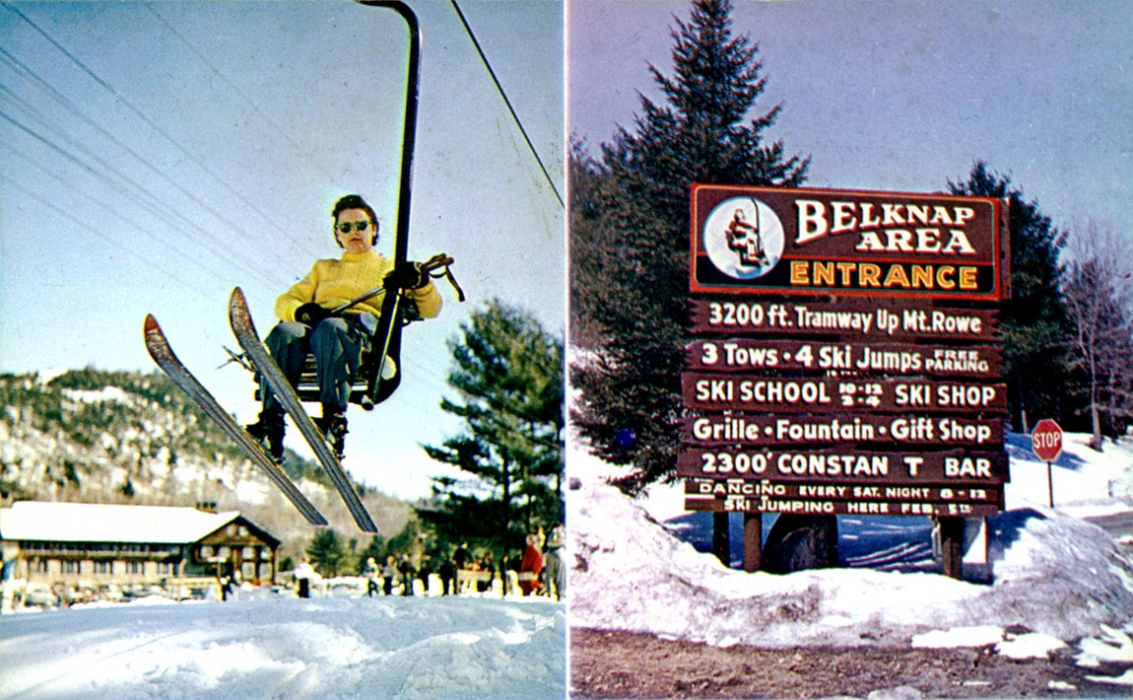 A 1950s image of Belknap Mountains Recreation Area, which was operated by Belknap County, New Hampshire. An unpaid columnist for a local newspaper had criticized management of the ski resort under the management of Frank Baer. After Baer was replaced, the columnist, Mr. Rosenblatt, wrote about improved operations under new management. Although not named specifically in the column, Baer sued Rosenblatt for libel. The Supreme Court in Rosenblatt v. Baer (1966) said a determination had to be made at the trial level of whether Baer was a public figure, and thus would have to prove the new actual malice standard decided under New York Times Co. v. Sullivan to prevail.

In Rosenblatt v. Baer, 383 U.S. 75 (1966) the Supreme Court reversed and remanded a libel case for further proceedings in light of New York Times Co. v. Sullivan (1964). The case provided the Court with an opportunity to apply the principles from Sullivan, which had constitutionalized libel law by requiring state laws to comport with the First Amendment.

A New Hampshire court had awarded a libel judgment to Frank "Fritzie" Baer, a former supervisor of a county-operated ski resort, after an unpaid columnist for the Laconia Evening Citizen called attention to the manner in which the resort had begun to flourish financially after the county had appointed a new supervisor.

Justice William J. Brennan Jr. wrote the Court’s opinion. He first questioned the judge’s jury instructions, observing that Mr. Rosenblatt’s column had not named the supervisor by name and indicating that libel judgments could not be rendered for general criticisms of government.

Second, Brennan questioned whether the supervisor was a “public official.” If he were so categorized, a court could not give a judgment against a writer who simply failed to exercise “due care” but would be required to show actual malice, that is, that an allegation was made knowing that it was false or with reckless disregard for its truth.

Although Times v. Sullivan had not established the exact perimeters of the “public official” category, it was essential to promote debate about public issues and the designation “applies at the very least to those among the hierarchy of government employees who have, or appear to the public, to have, substantial responsibility for or control over the conduct of government affairs.” A trial judge would have to make this initial determination, the Court said.

Justice William O. Douglas wrote a concurring opinion observing that the term “public official” was a judge-made rather than a constitutionally mandated term and that the Court should focus on the fact that “a public issue, not a public official, is involved.”

Justice Potter Stewart believed that the Times v. Sullivan decision “ultimately protects ... defamatory falsehood.” He would therefore only apply the rule “where a State’s law of defamation has been unconstitutionally converted into a law of seditious libel.”

Justice Hugo L. Black wrote a dissent in which Douglas concurred. While Black agreed with the reversal, he opposed a new trial. He argued that “the right to criticize a public agent engaged in public activities cannot safely, and should not, depend upon whether or not that agent is arbitrarily labeled a ‘public official.’ ”

In a separate concurrence and dissent, Justice John Marshall Harlan II argued that allowing a member of a small group to proceed with a libel case after a writer attacked a small group of which the individual was a part was consistent with traditional tort law.

Justice Abe Fortas dissented on the basis that the Court had improvidently granted a writ in the case since the lower court judgment had not been shaped in light of the principles of New York Times v. Sullivan.