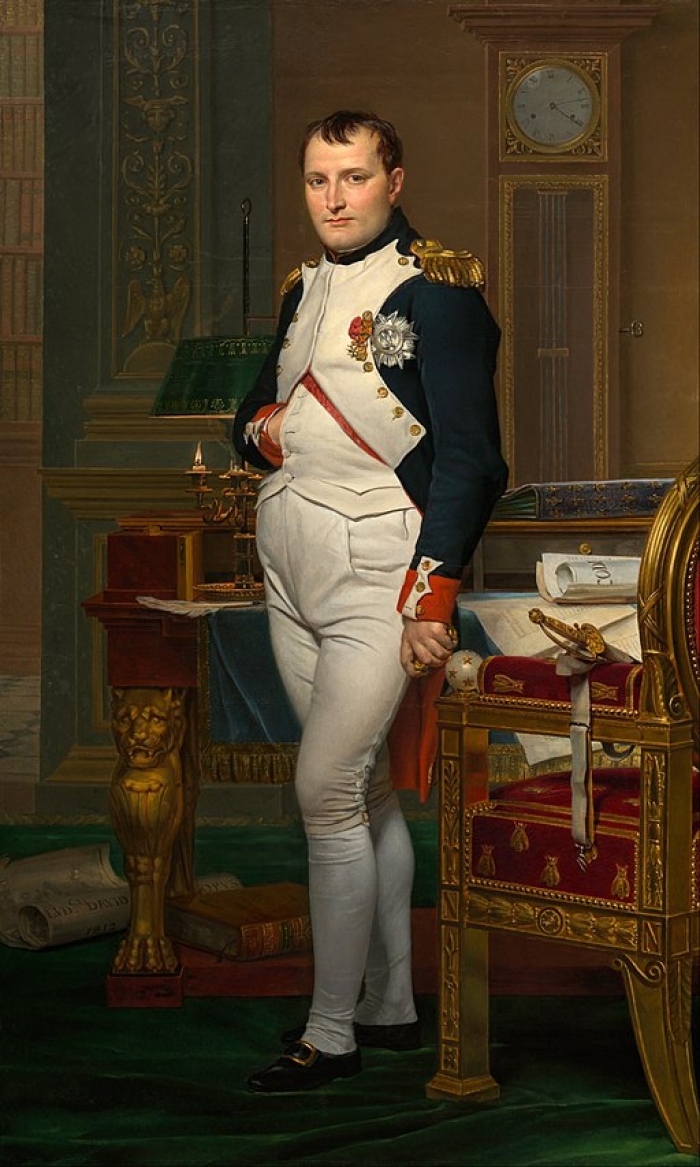 The owners of the Connecticut Courant published an article on May 7, 1806, charging the president and Congress with secretly voting to give Napoloeon Bonaparte $2 million to allow the United States to enter a treaty with Spain. The publishers were convicted of seditious libel, but the Supreme Court overturned their conviction, noting there was no federal criminal law passed by Congress that could be enforced. The court refused to recognize a common law criminal libel. (Painting of Napoleon, public domain)

Hudson and Goodwin, owners of the Connecticut Courant, had published an article during Thomas Jefferson’s administration charging that the president and Congress had secretly voted to give Napoleon Bonaparte $2 million so that he would allow the United States to enter into a treaty with Spain.

The decision established that the jurisdictions of the federal courts were limited to congressionally specified acts, and as such there could be no federal common law crime of libel.

Rather than focusing on the text of the First Amendment, Justice William Johnson based his decision for a unanimous Court (Bushrod Washington was absent) on the determination of “public opinion” and the absence of seditious libel prosecutions “for many years.” Johnson wrote that “the legislative authority of the Union must first make an act a crime, affix a punishment to it, and declare the Court that shall have jurisdiction of the offence.”

Johnson reasoned that “the jurisdiction of courts over criminal matters is limited to the enforcement of congressionally-enforced laws.” Johnson decided that the “jurisdiction of crimes against the state” is not among the powers vested in courts by reason of their institution; those powers did not include any “exercise of criminal jurisdiction in common law cases.” However, Johnson did recognize that courts had the right “[t]o fine for contempt — imprison for contumacy — [and] inforce the observance of order.”

Ironically, although the decision quashed a prosecution that Republicans had brought against Federalists, the conclusion closely resembled the arguments that James Madison and other Republicans had advanced against a common law of libel in the debates over the Alien and Sedition Acts of 1798.