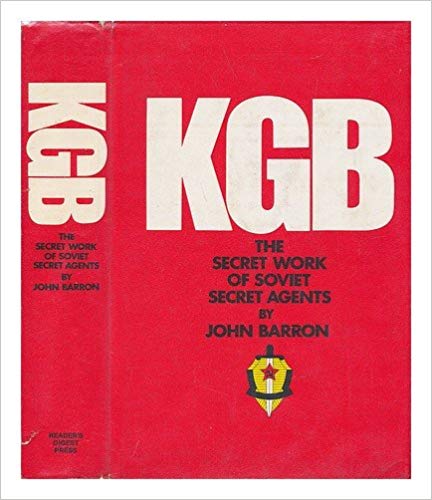 In 1979, the Supreme Court ruled that Ilya Wolston did not have to prove actual malice to win a libel claim over the book KGB: The Secret Work of Soviet Secret Agents that accused him of being a Soviet agent. A lower court had ruled Wolston was a public figure based on a contempt of court conviction where he refused a grand jury subpoena related to an investigation into Soviet espionage. Wolston v. Reader's Digest (1979) said that private individuals did not transform into public figures in libel cases where they had involuntarily become involved in public issues.

The Supreme Court decision in Wolston v. Reader’s Digest Association, 443 U.S. 157 (1979), was one of a number of such cases that clarified the category of “public figures,” which the Court ruled in New York Times Co. v. Sullivan (1964) had to prove “actual malice” in order to collect libel judgments.

Ilya Wolston had been convicted in 1958 of contempt of court when he refused to heed a grand jury subpoena issued in connection with an investigation of Soviet espionage. In 1974, the Reader’s Digest Association published a book by John Barron accusing Wolston of being a Soviet agent.

Lower courts had granted the association summary judgment in responding to Wolston’s claim of defamation. They had ruled that Wolston was a public figure who would be unable to meet the high actual malice standard that courts were obligated to apply in such cases.

Justice William H. Rehnquist disagreed in his majority opinion for the Court. Rehnquist cited the Court’s decision in Gertz v. Robert Welch, Inc. (1974) for the proposition that private individuals did not have to meet this high standard.

Gertz recognized that private individuals neither had the same opportunity to reply as did public figures and that they had not voluntarily exposed themselves to such scrutiny. Wolston had not sought the spotlight but had been “dragged unwillingly into the controversy.” While his failure to appear before the grand jury was at one time “newsworthy,” Rehnquist observed that “A private individual is not automatically transformed into a public figure just by becoming involved in or associated with a matter that attracts public attention.”

Justice Harry A. Blackmun wrote a concurring opinion, joined by Thurgood Marshall, arguing that Wolston was not a public figure by focusing on the 16-year span of time that had occurred between his contempt conviction and the book’s allegations.

Brennan argued that Wolston was public figure for limited purpose

Justice William J. Brennan Jr. wrote a dissent in which he argued that Wolston did qualify as a public figure “for the limited purposes of comment on his connection with, or involvement in, espionage in the 1940’s and ’50’s,” but he disagreed with the summary judgment on behalf of the author since Brennan thought “the evidence raised a genuine issue of fact respecting the existence of actual malice on his part.”