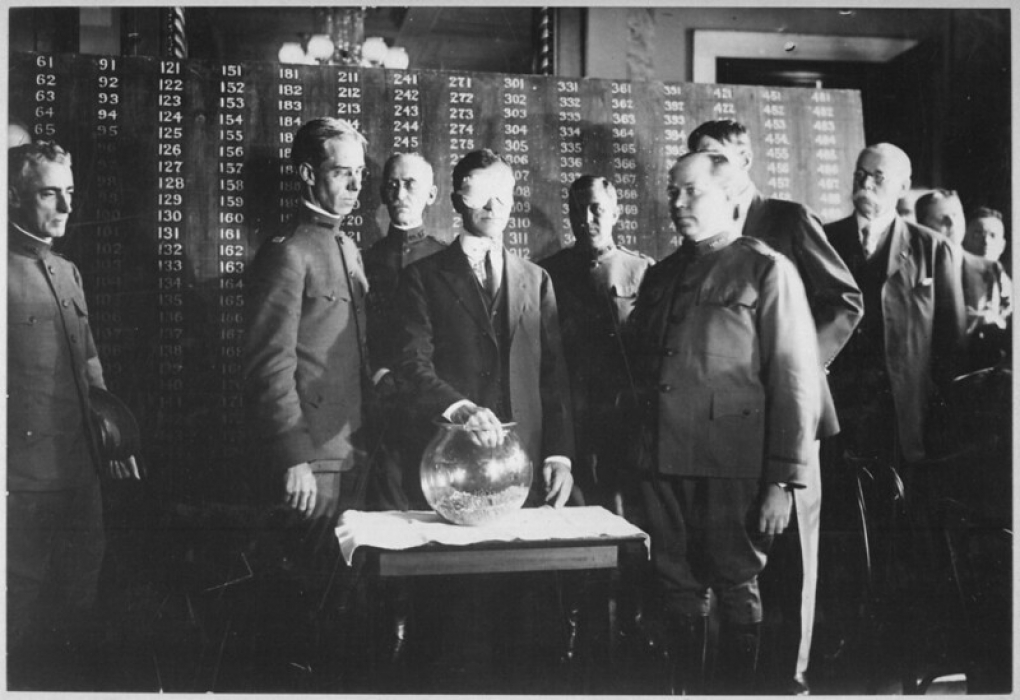 Abraham L. Sugarman was convicted for violating the Espionage Act of 1917 in a speech where he suggested a community could resist the government draft for World War I (shown here in 1918). He claimed the judge should have instructed the jury about the First Amendment, but the Court said the jury's opinion made it clear they understood the First Amendment issues. (Image of Secretary of War Newton Baker drawing a number in the second World War I draft via National Archives on Flickr, public domain)

In an appeal brought directly to the Supreme Court from a federal district court in Minnesota, the Court held in Sugarman v. United States, 249 U.S. 182 (1919), that an error had not been made in the proceedings leading to the conviction of Abraham L. Sugarman for violating the Espionage Act of 1917.

Sugarman had been convicted for words spoken at at a Socialist meeting that were found to violate a part of the Espionage Act that said, "Whoever, when the United States is at war, shall willfully cause or attempt to cause insubordination, disloyalty, mutiny, or refusal of duty, in the military or naval forces of the United States . . . shall be punished."

Sugarman argued jury was not given instructions about First Amendment protections

He pointed out that although the lower-court judge had not adopted the specific language that the defendant had requested in instructing the jury, the judge had indicated both that “the Constitution is . . .in force in times of war as well as in times of peace,” and that “ ‘freedom of speech’ does not mean that a man may say whatever he pleases without the possibility of being called to account for it.”

Brandeis concluded that these words “clearly embodied the substance of the two requests made by the defendant.” He further affirmed that the judge was not “obliged to adopt the exact language of the instructions requested.”