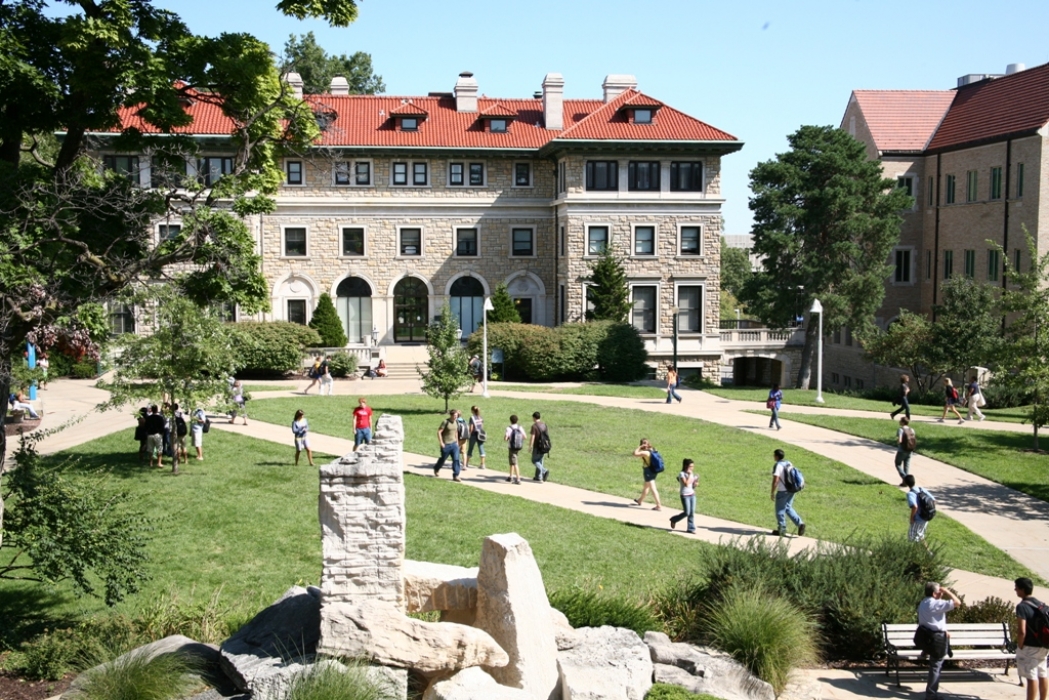 The University of Missouri at Kansas City (shown in this photo) adopted a policy in 1977 that prohibited use of its buildings for religious purposes. The rule was challenged on the grounds that it violated the First Amendment right to free speech. In Widmar v. Vincent (1981), the Court rejected that allowing religious groups to use university buildings would be an improper way for government to advance religion.

In Widmar v. Vincent, 454 U.S. 263 (1981), the Supreme Court struck down a regulation that the University of Missouri at Kansas City adopted in 1977 prohibiting the use of its buildings and grounds for religious purposes. The policy resulted in the exclusion of a religious group called Cornerstone.

University of Missouri: Allowing religious groups to use buildings could violate First Amendment

Justice Lewis F. Powell Jr. wrote the decision for seven members of the Court affirming a decision by the Eighth Circuit Court of Appeals, which had reversed a federal district court decision that upheld the restrictions. Powell argued that the university had created an open forum for student speech and that even though it had not been required to do so, once it did, it was obligated to protect speech and association rights and could justify content-based restrictions only if it satisfied strict scrutiny.

The university claimed a compelling interest in avoiding violations of the establishment clauses of the U.S. and Missouri constitutions, but Powell found no violation of the former. He noted that in applying the three-part test relative to the establishment clause that the Court had established in Lemon v. Kurtzman (1971), both lower courts had found that the university could show that the law had a clear “secular legislative purpose” and that it avoided “excessive entanglement” between church and state.

Powell contested the district court’s belief that allowing religious groups to meet would have the “primary effect” of advancing religion. Instead, he viewed the issue as to whether a university that had created an open forum could “now exclude groups because of the content of their speech.” In countering establishment clause concerns, he observed both that “an open forum in a public university does not confer any imprimatur of state approval on religious sects or practices” and that the forum the university had created was “available to a broad class of nonreligious as well as religious speakers.”

As to concerns about the Missouri constitution, Powell observed that any state interest “in achieving greater separation of church and State than is already ensured under the Establishment Clause of the Federal Constitution — is limited by the Free Exercise Clause and in this case by the Free Speech Clause as well.” Powell observed that the university could establish “reasonable time, place, and manner regulations.”

Justice John Paul Stevens wrote a concurring opinion, arguing that the compelling state interest and public forum doctrines had unnecessarily complicated the case. The university should be able to choose among rival uses of its facilities, but it could not allow meetings by anticlerical groups without also allowing religious groups to meet.

Justice Byron R. White wrote a dissent in which he attempted to distinguish between what the establishment clause “allowed” and what it “required.” He denied that the majority had advanced its argument by seeking to base protections on the fact that speech was at issue. He thought that the case in question clearly involved religious worship, and that university administrators could rightly conclude “that allowing use of their facilities for religious worship is constitutionally indistinguishable from directly subsidizing such religious services.”

Congress subsequently adopted the Equal Access Act of 1984, which extended the Widmar precedent to secondary public schools that were receiving federal funds, and the Court subsequently upheld the law in Board of Education of the Westside Community Schools v. Mergens (1990).