Board of Education of the City of Cincinnati v. Minor (1872) 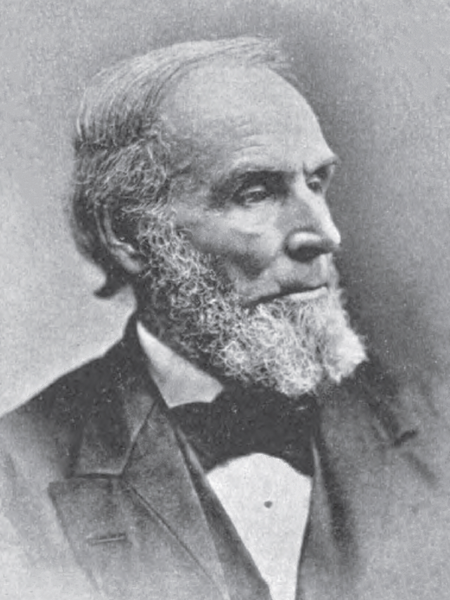 The ruling in Board of Education of the City of Cincinnati v. Minor (Ohio S. Ct. 1872), authored by Justice John Welch, upheld a school-board decision prohibiting religious instruction from the Bible in public schools, thus serving as a precursor to the debate the Supreme Court would take up in the 20th century. Although the First Amendment prohibits the establishment of religion and protects freedom of speech, its provisions initially were limited only to the national government, so religious instruction and religious exercises in public schools did not receive much public attention until relatively recently. (Image via Wikimedia Commons, public domain)

The ruling in Board of Education of the City of Cincinnati v. Minor (Ohio S. Ct. 1872) upheld a school-board decision prohibiting religious instruction from the Bible in public schools, thus serving as a precursor to the debate the Supreme Court would take up in the 20th century. Although the First Amendment prohibits the establishment of religion and protects freedom of speech, its provisions initially were limited only to the national government, so religious instruction and religious exercises in public schools did not receive much public attention until relatively recently.

Part of the Northwest Ordinance of 1787 — through which the Second Continental Congress chartered a government for the territory that is now much of the Midwest — commended schools as a means of encouraging “religion, morality, and knowledge.” Citing provisions of the ordinance relative to the teaching of religion, Cincinnati taxpayers had successfully prevented the city’s school board from effectuating two resolutions: The first prohibited instruction about religion or reading from religious books in public schools; the second repealed an existing regulation, in effect since 1852, requiring exercises consisting of Bible reading and singing.

The school board had responded to the challenge by claiming that it was defending the rights of those who did not follow the Christian religion or adhere to the manner in which the religious teachings were carried out in the schools.

In striking down a superior-court decision, Justice John Welch of the Ohio Supreme Court initially centered his opinion upholding the resolutions on the basis that the courts should not usurp the responsibility that the state legislature had accorded to local school boards. He pointed to the provision of the state constitution commending “[r]eligion, morality, and knowledge . . . [as] being essential to good government” and to the provision granting government the power to provide for common schools where “no religious or other sect or sects shall ever have any exclusive right to, or control of, any part of the school funds of this state.”

Welch concluded that any power to authorize laws or policies over the subject rested with the legislature and that until laws mandating religious instruction were passed, the courts had no authority to interfere.

Welch showed how he supported disestablishment of religion in First Amendment

Indicating that he would normally end his opinion at this point, Welch observed that because the issue “touches our religious convictions and prejudices, and threatens to disturb the harmonious working of the state government,” he considered it essential to address other matters raised by counsel in the case. In so doing, he showed how an individual with deep religious convictions could support the disestablishment of religion articulated in the First Amendment.

Welch’s opinion proceeded to celebrate and defend what he considered to be “republican” ideals. Observing that the Ohio and U.S. constitutions referred to “religion” in general rather than to “Christian” religion or the Bible in particular, Welch noted that some of the men involved in writing these constitutions were not themselves Christians.

Taking up an issue prominent in the nineteenth century, Welch denied that Christianity was part of the common law (Supreme Court justice Joseph Story had argued that Christianity was such a part of the common law, a view opposed by Thomas Jefferson.) From Welch’s “Christian republicanism” perspective, “Legal Christianity is a solecism, a contradiction of terms,” because “[w]hen Christianity asks the aid of government beyond mere impartial protection, it denies itself.” Welch affirmed, “Religion is the parent, and not the offspring, of good government.”

Welch considered that a Christian teacher operating by the Golden Rule would have to contradict his own Christianity by using state authority to teach Christian doctrine. He further affirmed that any state tax to support religion “is of the very essence of tyranny” and “a first step in the direction of ‘an establishment of religion.’” The provision of the state bill of rights on the subject could be summarized by the words “hands off.”

Welch continued, “True republican doctrine” called for “a free conflict of opinions as to things divine; and it means masterly inactivity on the part of the state, except for the purpose of keeping the conflict free, and preventing the violation of private rights or of the public peace.” He observed, “The majority can protect itself. Constitutions are enacted for the very purpose of protecting the weak against the strong; the few against the many.”

A Christian, an infidel, and a Jew should be able “to carry on a government for their common benefit, and yet leave the religious doctrines and worship of each unaffected thereby, otherwise than by fairly and impartially protecting each, and aiding each in his searches after truth.”

Welch denied the state would be teaching infidelity

Responding to charges that by eliminating religious exercises the state would be teaching infidelity, Welch distinguished between the teaching of infidelity and giving no public school religious instruction at all, although he did note that “charitable, punitive, and disciplinary institutions stand on an entirely different footing,” because in those cases, “the state [is] taking the place of the parent, and may well act the part of a parent or a guardian.”

Referring to James Madison as a man “whose purity of life and orthodoxy of religious belief no one questions,” Welch quoted him as saying, “Religion is not within the purview of human government” and that a “connection between them is injurious to both.” Welch also stated that his decision was not intended to exclude “any of the ‘readers,’ so called [this would have included McGuffey’s], or other books used as mere lesson books” from common schools.

When the U.S. Senate was debating the Blaine Amendment, which would have limited public funds to private schools, the Senate added an amendment providing that the amendment “shall not be construed to prohibit the reading of the Bible in any school or institution” in apparent reaction to Welch’s decision (Green 1992: 60).