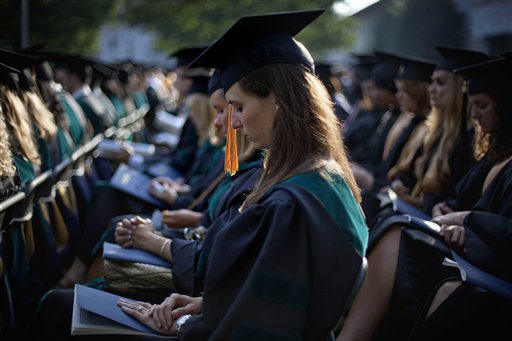 Two students at a public high school were denied permission to present a co-valedictory speech and a prayer at graduation, after the principal, following established procedures, judged each to be sectarian in nature and the students refused to change them.

Circuit court said the prayer would have violated the First Amendment

The Ninth Circuit judged as moot the petitions that the students brought for declaratory and injunctive relief, but decided that their claims for damages were not. The judges found that the decision to prevent the prayer and the sectarian speech “was necessary to avoid violating the Establishment Clause under the principles applied in Santa Fe Independent School District v. Doe (2000)” and Lee v. Weisman (1992), cases involving prayer at public school events.

Regarding the speech, the judges observed that “an objective observer familiar with the District’s policy and its implementation would have likely perceived that the speech carried the District’s seal of approval.”

Coercion of attendance of other students at issue

Noting that the students were “free to pray and to proselytize outside of school or in contexts where the District would not have been an actual or perceived party to their religious activities,” the court ruled that officials [had] “acted reasonably to avoid violating the Establishment Clause.”