By Brett Curry
Related cases in Public Schools and Religion 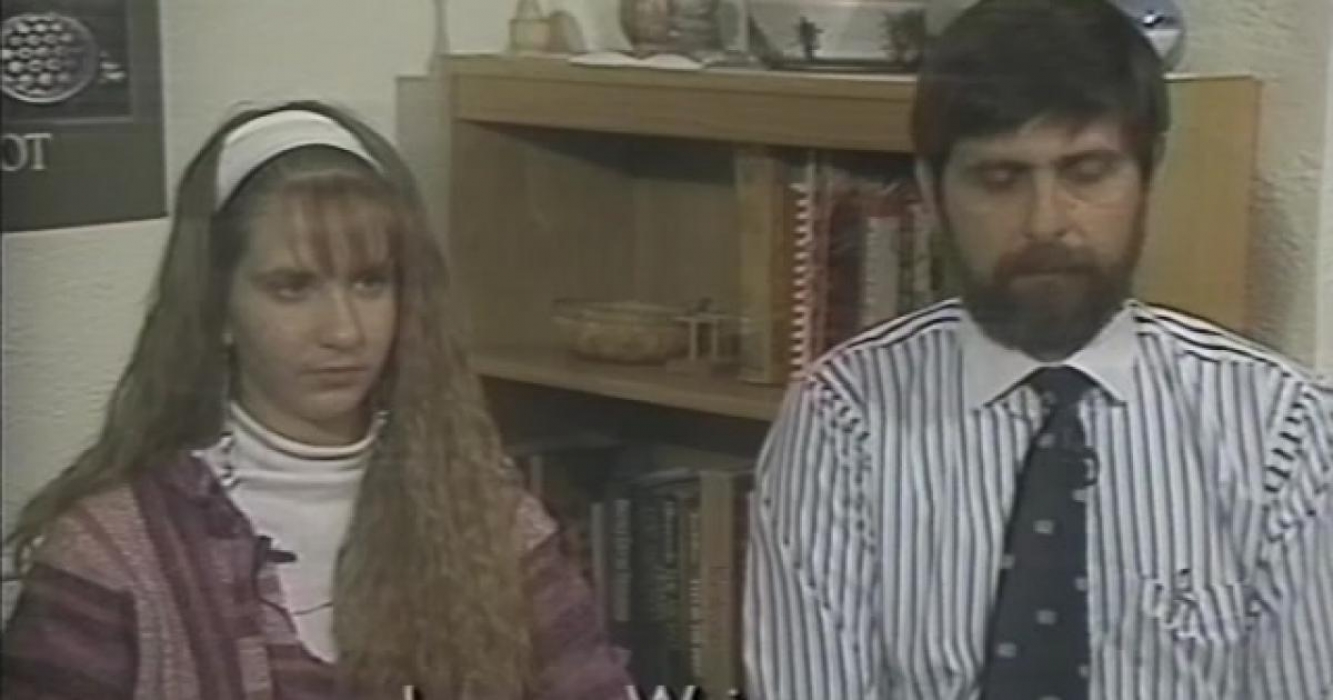 Deborah Weisman and her father Daniel speak to a C-SPAN interviewer about their case challenging the constitutionality of public prayer Deborah's middle-school graduation.

Deborah Weisman was among the graduates. Her father, Daniel, unsuccessfully sought a temporary restraining order to prevent the rabbi from speaking, and the Weismans attended the ceremony. In the benediction, Rabbi Gutterman said, “O God, we are grateful to You for having endowed us with the capacity for learning. . . . We give thanks to You, Lord, for keeping us alive, sustaining us, and allowing us to reach this special, happy occasion.”

Weisman then filed for a permanent injunction preventing local school officials from inviting clergy to recite prayers at school ceremonies.

He argued the practice constituted governmental endorsement of religion and thus violated the First Amendment’s establishment clause. The school district responded that the prayers did not demonstrate a state endorsement of religion because they were nonsectarian, participation in the prayer itself was voluntary, and the practice was deeply rooted in American history.

After the lower courts ruled for Weisman, the district appealed to the U.S. Supreme Court, where it was joined by the George H. W. Bush administration as amicus curiae. There, both the district and the administration urged the Court to use the case to overrule the three-pronged Lemon test, which had controlled the establishment clause cases since Lemon v. Kurtzman (1971).

Writing for the Court, Justice Anthony M. Kennedy stated that “it is no part of the business of government to compose official prayers for any group of the American people to recite as a part of a religious program carried out by the government, and that is what the school officials attempted to do.”

Noting the possibility of psychological coercion, Kennedy stated, “The Constitution forbids the State to exact religious conformity from a student at the price of attending her own high school graduation.” Moreover, the Court declined the invitation to revisit Lemon, concluding that previous school prayer cases provided ample precedent for the case.

Decision suprised many, who thought Court would uphold school-led prayer

Justice Antonin Scalia’s dissent, joined by Chief Justice William H. Rehnquist, Justice Byron R. White, and Justice Clarence Thomas, ridiculed the majority’s rejection of history and tradition in favor of “the changeable philosophical predilections of the Justices of this Court” and branded the majority’s coercion test “psychology practiced by amateurs.”

Many observers were surprised at the decision, believing that the Rehnquist Court would use its first major school prayer case to overrule bans on school-sponsored prayer and the Lemon test and bring a more accommodationist perspective to the Court’s establishment clause jurisprudence.

According to the papers of Justice Harry A. Blackmun, the Court was poised to uphold the practice’s constitutionality until Justice Kennedy reconsidered his vote.

Since its decision in Lee v. Weisman, the Court has remained skeptical of school prayer’s constitutionality even as it has increasingly accommodated other forms of governmental involvement with religion.

This article was originally published in 2009. Brett Curry is Professor of Political Science at Georgia Southern University. His research centers on aspects of judicial politics and decision making. His scholarship has been published in a number of journals including the Journal of Politics, Law & Society Review, Law & Social Inquiry, American Politics Research, and Justice System Journal. He also coauthored two book--U.S. Attorneys, Political Control, and Career Ambition (2019, with Banks Miller) and Decision Making by the Modern Supreme Court (2011, with Richard Pacelle and Bryan Marshall).