By Robert A. Kahn
Related cases in Truth or Falsity of Religious Beliefs 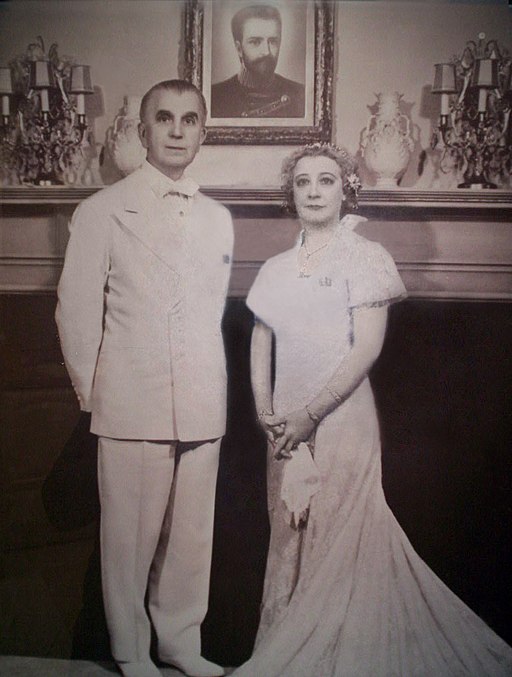 Guy Ballard and his wife Edna Ballard led the I Am Movement. After Ballard and other co-defendants were convicted of mail fraud, their case went to the Supreme Court, resulting in an important ruling on religious freedom. The Supreme Court ruled in United States v. Ballard (1944) that a court cannot inquire into the truth or falsity of religious beliefs, establishing the idea that courts should not become involved in religious controversies. (Photo source: Vaivasvata on Wikipedia, CC BY-SA 3.0)

The I Am movement was a spiritual renewal group centered around Guy Ballard, who believed that he was a divine messenger with the power to heal people afflicted with incurable illnesses.

Ballard and other codefendants were charged under a mail fraud statute that required proving a knowing intent to defraud. At issue were 18 statements, most of which involved matters of religious belief.

The trial judge held that the jury could not assess the truth or falsity of the defendants’ religious beliefs, only whether they were sincerely held. After the defendants were found guilty, a court of appeals reversed the district court’s decision to focus only on the sincerity of belief. The Supreme Court reversed that ruling.

Writing for a 5-4 Court, Justice William O. Douglas asserted that the First Amendment does not allow courts to inquire into the truth or falsity of religious beliefs.

Douglas also stressed how the constitution’s framers—well aware of the “extreme views of religious groups” and the “violence of disagreement among them”— “envisaged the widest possible toleration of conflicting views.” He conceded that the views of the I Am movement “might seem incredible, if not preposterous” to some, but added that if a jury inquired into the truth of their views, the same must apply for other sects because “[t]he First Amendment does not select any one group or any one type or religion for preferred treatment.”

Chief Justice Harlan Fiske Stone dissented, accusing the majority of according constitutional immunity in cases of fraud based on religious statement.

Justice Robert H. Jackson also dissented. Finding the distinction between the sincerity and truth of religious beliefs untenable, according to Jackson, “The most convincing proof that one believes his statements is to show that they have been true in his experience.”

He would have rejected all prosecutions related to religious beliefs. In addition to expanding religious freedom for individuals, Ballard is a key case in establishing the idea that courts should not become involved in religious controversies.