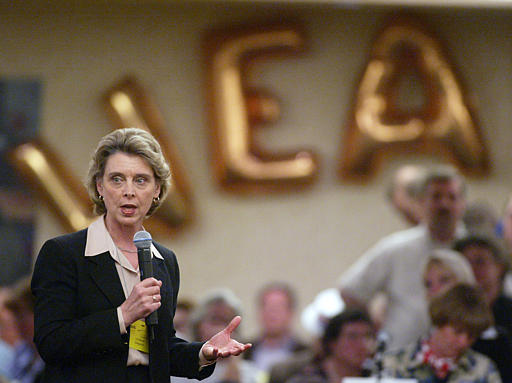 In these cases, a group of four nonunion teachers (the Davenport plaintiffs) and the state of Washington sued labor union Washington Education Association (WEA) in separate proceedings, contending that the union had not complied with the statute.

The WEA countered that the “opt-in” statute violated the First Amendment by infringing on the associational rights of the union and its members. A state trial court ruled against the WEA, but the union prevailed in the state court of appeals and supreme court.

Both sets of plaintiffs appealed to the U.S. Supreme Court, which granted review and reversed.

In Abood, the Court ruled that a public sector union might violate the First Amendment by forcing nonmembers to fund ideological causes unrelated to the union’s collective-bargaining duties. In Hudson, the Court established procedural safeguards that public sector unions must observe with regard to agency shop arrangements to comport with the Constitution.

According to Scalia, who disagreed with the WEA’s contention that the statute infringed on the union members’ First Amendment rights, “the mere fact that Washington required more than the Hudson minimum does not trigger First Amendment scrutiny. The constitutional floor for unions’ collection and spending of agency fees is not also a constitutional ceiling for state-imposed restrictions.”

He characterized the Washington law as “a reasonable, viewpoint-neutral limitation on the State’s general authorization allowing public-sector unions to acquire and spend the money of governmental employees.”

Even though the Washington law was content-based, Scalia emphasized the “unique content of public-sector agency-shop arrangements” and noted that “our cases recognize that the risk that content-based distinctions will impermissibly interfere with the marketplace of ideas is sometimes attenuated when the government is acting in a capacity other than as regulator.”