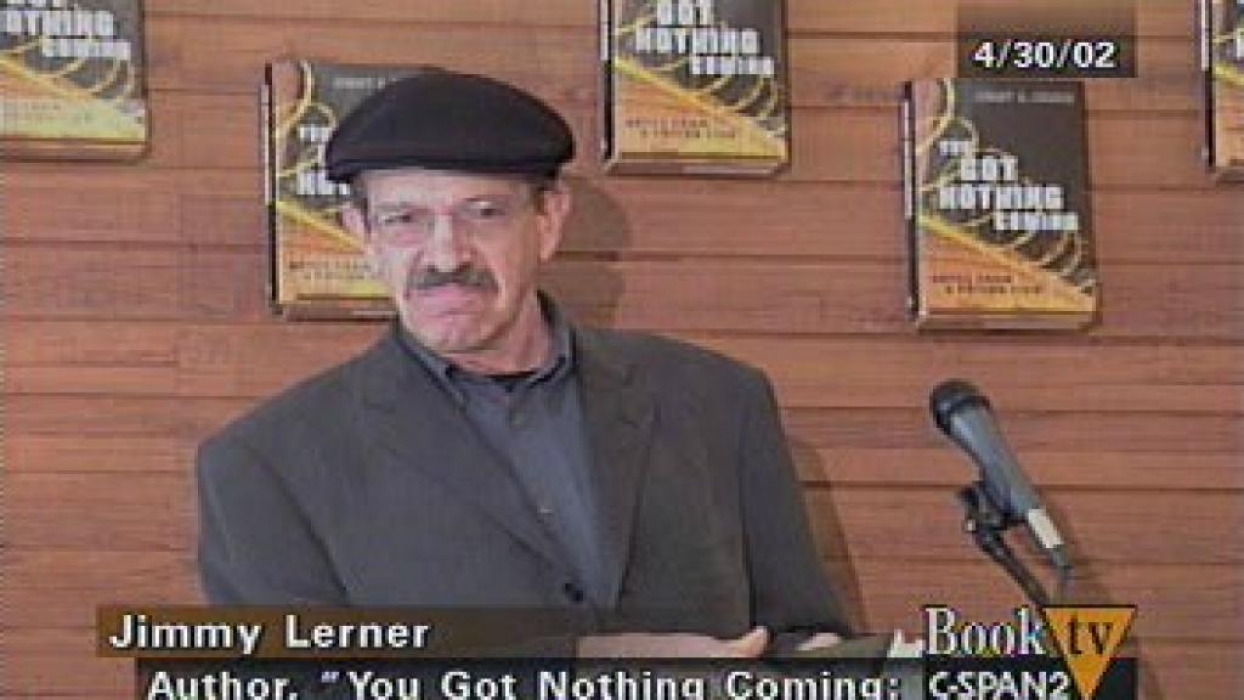 Jimmy Lerner, who served time for killing Mark Slavin, wrote a book afterward about his prison experience. Slavin's sister filed an action seeking recovery of the book's proceeds under the state's Son of Sam law, designated to prevent criminals from profiting from their misdeeds. However, the Nevada Supreme Court struck down the law as a violation of the First Amendment. In this screenshot from C-Span, Lerner is shown in 2002 discussing his book.

After serving time in state prison for manslaughter in the death of Mark Slavin, Jimmy Lerner wrote the popular prison memoir You Got Nothing Coming: Notes from a Prison Fish.

Slavin’s sister Donna Seres filed an action seeking recovery of Lerner’s book’s proceeds under the state’s so-called Son of Sam law, which was designed to compensate crime victims and prevent criminals from profiting from their misdeeds. Lerner contended that the measure violated the First Amendment based on the Supreme Court’s decision in Simon and Schuster v. Members of the New York State Crime Victims Board (1991), in which the high court invalidated a similar New York law.

A district court sided with Lerner, finding that the law violated the First Amendment.

On appeal, the state high court agreed. The state's supreme court first determined that the law was content-based because it singled out for financial burden speakers who spoke about a past crime.

Though the court found that the state had compelling interests in compensating crime victims and preventing criminal profiteering, it determined that the law was not sufficiently narrowly tailored.

Court said law had applied to 'virtually all works' by felons

The court noted that “the primary impediment to its validity stems from its potential application to works only partially or tangentially related to the crime committed.” To the court, the law was overinclusive because it applied to virtually all works by defendants and felons even if the expressive works only mentioned the past crime briefly. Such a law would discourage “public discourse and nonexploitative discussion” of past crimes.

State courts in California, Massachusetts, and Rhode Island have also invalidated Son of Sam laws, including in Keenan v. Superior Court (Cal. 2002), In Re Opinion of the Justices to the Senate (Mass. 2002), and Bouchard v. Price (R.I. 1997).