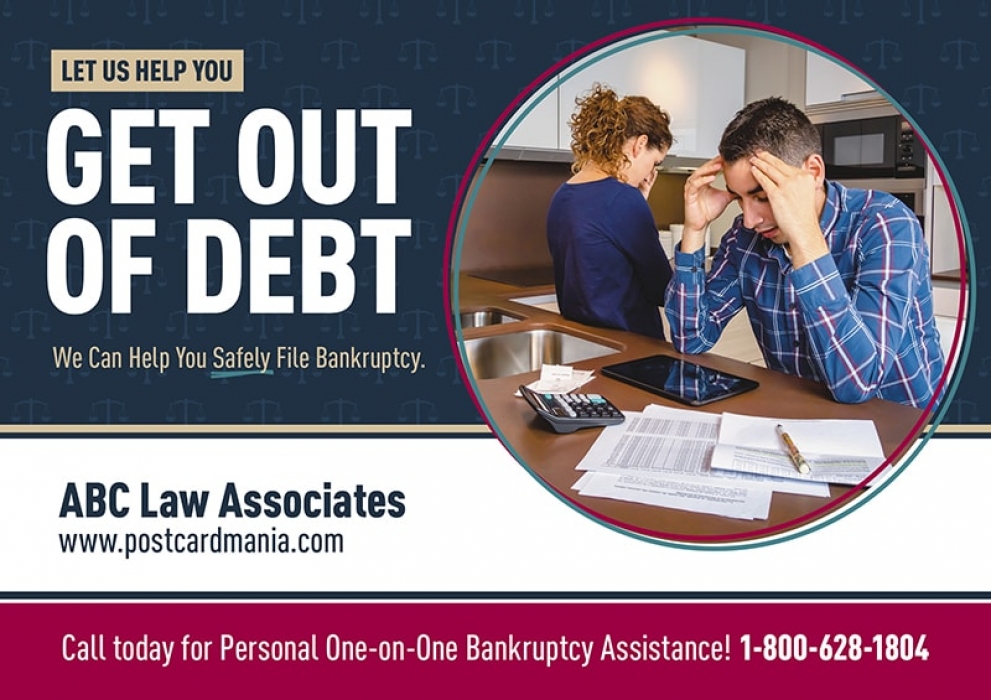 This is an example of a postcard mailer for attorneys from PostcardMania. In Shapero v. Kentucky Bar Association (1988), the Supreme Court overturned a rule banning attorneys from sending targeted direct mail solicitations, saying that if the bar association was concerned about deceptive advertising, it could review the advertising in advance instead of a banning a method just because it's more efficient.

In Shapero v. Kentucky Bar Association, 486 U.S. 466 (1988), the Supreme Court struck down as a violation of the First Amendment a rule prohibiting lawyers from sending truthful, nondeceptive solicitation letters to potential clients.

The proposed letter read, “It has come to my attention that your home is being foreclosed on. If this is true, you may be about to lose your home. Federal law may allow you to keep your home by ORDERING your creditor to STOP and give you more time to pay them. ... Call NOW, don’t wait.”

The Kentucky Bar Association refused to approve Shapero’s letter because an ethics rule adopted by the court prohibited lawyers from sending targeted direct mail solicitations. The regulation was enacted to protect the public because of lawyers’ significant financial motive in sending such letters.

In the opinion for the Court, Justice William J. Brennan Jr. applied the Central Hudson test, which provides that commercial (advertising) speech may only be restricted if it serves a substantial governmental interest and only through means that directly advance that interest.

The Court rejected two arguments advanced by the bar association:

The third part of the opinion, joined by only four members of the court, addressed whether Shapero’s letter could include underscored or uppercase letters.

As per the bar association, these stylistic aspects were “pure salesmen puffery” that proved enticing “for the unsophisticated” public. The plurality had no difficulty in finding that irrespective of the type style, a nondeceptive letter did not present a valid claim of overreaching or injury to the public.

There was no substantial government interest in restricting truthful lawyer advertisements

In other words, there is no substantial governmental interest in restricting truthful and non-deceptive lawyer advertisements.

Justices Byron R. White and John Paul Stevens dissented from this last part of Brennan’s opinion, finding that whether Shapero’s letter was particularly overreaching should first be decided by the lower courts on remand.

O’Connor disagreed with the majority’s analysis, arguing that lawyers hold a special place in society that includes an ethical obligation to “[t]emper one’s selfish pursuit of economic success by adhering to standards of conduct that could not be enforced either by legal fiat or through the discipline of the market.”

The Court would cut back on the protections in Shapero by upholding a 30-day ban on attorney solicitation letters in Florida Bar v. Went For It, Inc. (1995).

In the majority opinion, O’Connor distinguished Shapero on several grounds. She noted that Shapero’s treatment of the state’s privacy interest was “casual” and that the rule in Shapero involved a complete ban as opposed to a narrower 30-day ban.

This article was originally published in 2009. Steven G. Mason has been practicing law for thirty years. He is double board certified by the Florida Bar in Criminal Trials and Criminal Appeals. He was the plaintiff in the notable First Amendment case Mason v. Florida Bar (11th Cir. 2000).