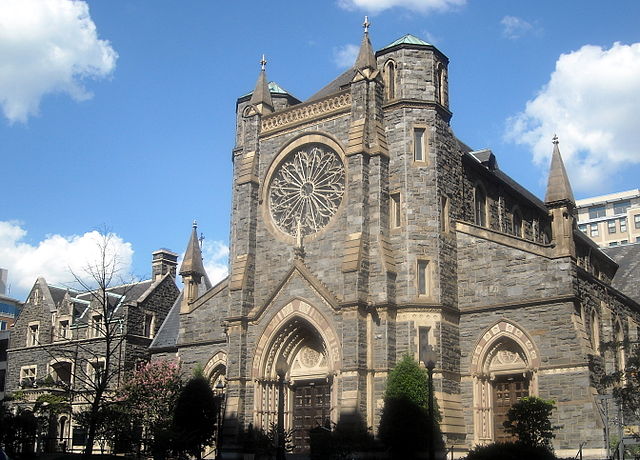 St. Patrick's Catholic Church in Washington, D. C. This church was at the center of Gibbons v. District of Columbia (1886) which affirmed that Congress could tax church property that had been used “for any business purpose.” (Photo by AgnosticPreachersKid, CC BY-SA 3.0.)

A unanimous Supreme Court in Gibbons v. District of Columbia, 116 U.S. 404 (1886), affirmed that Congress could tax church property that had been “used to secure a rent or income, or for any business purpose.” It relied on the language of a congressional act of 1875 to do so.

In the opinion for the Court, Justice Horace Gray did not object to the exemption of “church buildings, and grounds actually occupied by such buildings.” He reasoned that Congress could not only exempt houses of worship from taxation but also surrounding areas used “to admit light and air” or even to enhance their “beauty and attractiveness.”

Without specifically mentioning the First Amendment, Gray affirmed that Congress could, like state legislatures, “wholly exempt certain classes of property from taxation, or may tax them at a lower rate than other property.” Chief Justice Warren E. Burger cited this precedent to support the decision allowing for modern property tax exemptions for churches and other charitable entities in Walz v. Tax Commission (1970).