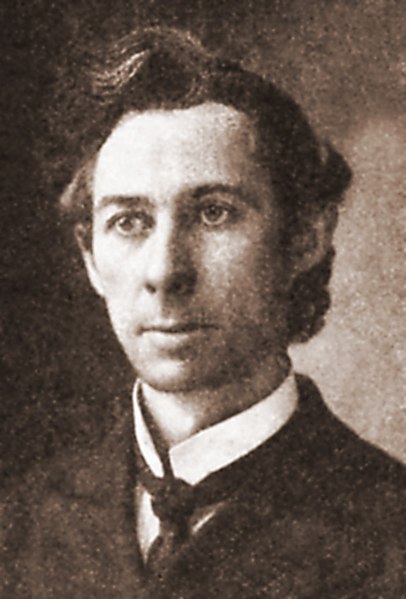 Fox v. Washingotn (1915) dealt with an article by Jay Fox (pictured here) about nude bathing. Fox was convicted under a Washington statute making it a crime to publish materials advocating crime. The Court upheld the statute but did not look at the First Amendment issues. (Image via Wikimedia Commons, public domain)

In Fox v. Washington, 236 U.S. 273 (1915), the Supreme Court upheld a Washington state statute that made it a crime to publish materials “advocating, encouraging or inciting, or having a tendency to encourage or incite the commission of any crime, [or] breach of the peace.” The Court reached its decision by applying the bad tendency test.

Jay Fox had published an article titled “The Nude and the Prudes” on behalf of Home Colony anarchists, whom he described as “a community of free spirits, who came out into the woods to escape the polluted atmosphere of priest-ridden, conventional society.” Defending their right to bathe in the nude, he called for a boycott of those interfering with the colony’s freedom.

Court upheld law, did not look at First Amendment issue

In the opinion for the unanimous Court — issued before the Court recognized that the First Amendment limited state governments — Justice Oliver Wendell Holmes Jr. focused chiefly on issues of due process.

He construed the Washington statute narrowly in order to limit only publications that encouraged actual breaches of the law and then argued that the case revolved only around this issue. Like contemporary advocates of judicial restraint, Holmes further clarified that the Court’s ruling did not address the “wisdom of the defendant, the prosecution, or the Act.”