Behind the Green Door

By David L. Hudson Jr.
Other articles in Controversial Works 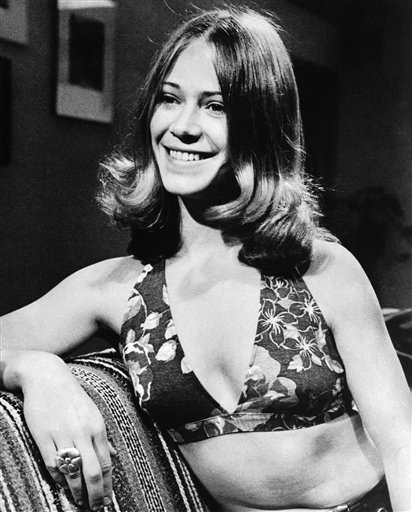 Behind the Green Door (1972) was the first hard-core pornographic movie widely distributed in the United States. Created by brothers Artie and Jim Mitchell in San Francisco and starring Marilyn Chambers (pictured here in 1973), it grossed more than $25 million and led to numerous obscenity prosecutions, particularly in the South. (AP Photo/Reed Saxon, used with permission from the Associated Press)

Behind the Green Door (1972) was the first hard-core pornographic movie widely distributed in the United States. Created by brothers Artie and Jim Mitchell in San Francisco, it grossed more than $25 million and led to numerous obscenity prosecutions, particularly in the South.

The movie starred actress and model Marilyn Briggs, who was already known for her work for Proctor and Gamble and Ivory Snow detergent. Briggs took the stage name of Marilyn Chambers for the movie.

Theatre owner charged for showing Behind the Green Door

In the film, a young woman, played by Chambers, is kidnapped and taken to an underground sex club, where she is forced to perform various sex acts with multiple partners. The film engendered controversy largely because of the interracial sex scene between Chambers, who was white, and African-American actor Johnny Keyes.

In Atlanta, prosecutors charged the owner of the Paris Adult Theatre, Claude Davis Ballew, with a misdemeanor for showing an obscene movie. In the Criminal Court of Fulton County, the jury of five persons selected to hear the case found Ballew guilty. The Georgia Court of Appeals affirmed his conviction, finding that the movie violated the obscenity standards of Miller v. California (1973). The state appeals court determined that Behind the Green Door was “degrading to sex.”

Conviction was overturned for too few jury members

Ballew then appealed all the way to the U.S. Supreme Court, which invalidated his obscenity conviction for another reason. The Court in Ballew v. Georgia (1978) established that juries must consist of more than five members to satisfy Sixth Amendment fair trial standards. The obscenity prosecutions also filed in Louisiana and Colorado against those who sold or showed the movie led to convictions that were overturned on appeal.