By David Schultz
Other articles in Governmental Entities and Activities 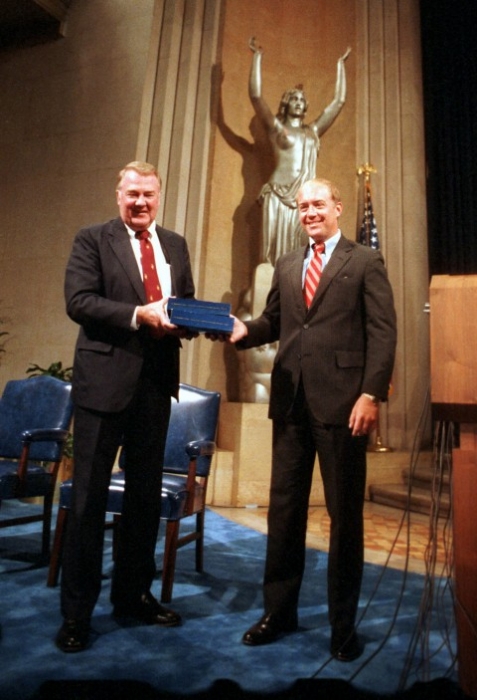 The report made recommendations on ways to prosecute pornography distributors and halt its spread.

Concerned that the pornography industry was connected to organized crime and that sexually explicit materials were increasingly appearing on television, in movies, and in other public arenas, the administration created an 11-person commission under the guidance of Meese.

The group held hearings around the country to document the growth of the pornography industry and to develop ways to stanch its growth while also, according to the commission, respecting the First Amendment constitutional guarantees surrounding this form of expression.

The report also included detailed discussions and descriptions of numerous adult movies and offered 36 recommendations for federal, state, and local governments to use to address pornography.

Many of these recommendations were never acted upon, and some civil libertarians claimed that some violated the First Amendment. Opponents criticized the commission as a political witch hunt by Meese to curry favor with social conservatives.