By Daniel Baracskay
Other articles in Governmental Entities and Activities 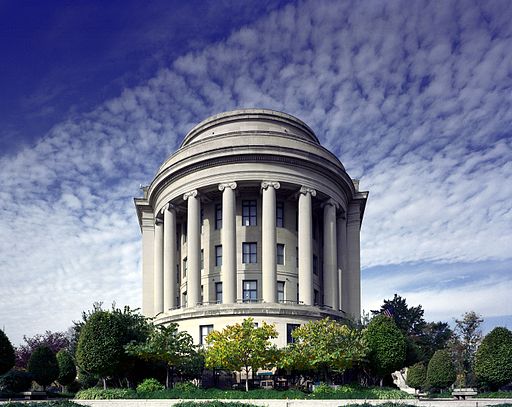 In 1914, Congress created the Federal Trade Commission (FTC) to regulate monopolies, eliminate unfair competition, and prevent the use of unfair or deceptive business practices. Today, the FTC continues to promote consumer protection and an efficiently run market. Its regulatory hand reaches into many areas, implicating First Amendment free expression issues ranging from attorney advertising to telemarketing to the marketing of violent entertainment to children.

The industrial revolution concentrated economic power, but the Justice Department proved relatively unsuccessful under the Sherman Antitrust Act of 1890 in curbing the growth of monopolies and regulating restraints to trade. These failures led to passage of the Federal Trade Commission Act in 1914. It created the Federal Trade Commission and charged it with enforcing free and fair competition in interstate commerce and protecting the public from deceptive advertising practices.

FTC strengthened its protections for consumers

Lack of congressional support and court decisions weakened the commission’s authority in its early years. However, passage of the 1938 Wheeler-Lea Amendment to the Federal Trade Commission Act strengthened the consumer protection side of its mandate.

The commission was also reinvigorated after consumer advocate Ralph Nader issued a report in 1969 criticizing many of its policies and President Richard M. Nixon requested that a committee of the American Bar Association further study the commission. The committee’s recommendations were integrated into improving operations, and the FTC was reinvigorated with new consumer activists.

The Magnuson-Moss Warranty–Federal Trade Commission Improvement Act of 1975 granted industry-wide rulemaking by the FTC the force of law. Although the agency lost power from the late 1970s through the 1980s during the Reagan administration, its image was reinvigorated during the 1990s.

In one somewhat recent case, Federal Trade Commission v. Superior Court Trial Lawyers Assn. (1990), dealing with FTC regulation and the First Amendment, the FTC filed a complaint against the Superior Court Trial Lawyers Association after a group of lawyers banded together to stop defending indigent defendants in the District of Columbia until they received higher compensation for their legal services.

The District gave in to the lawyers’ demands, but the FTC accused them of conspiring to fix prices and instigate a boycott that violated the provisions of fair competition protected under the Federal Trade Commission Act. Although an administrative law judge dismissed the complaint, the FTC ruled that the boycott was illegal and initiated an agency order to prevent it from recurring in the future.

In reversing an opinion by a federal court of appeals, the Supreme Court ultimately decided that the First Amendment did not preclude regulation of economic activities that had an indirect effect on speech.

The FTC continues to enforce its mandate through investigations and cases. Agency research and complaints from citizens, interest groups, the media, and companies help to push issues of concern onto the commission’s agenda.

One of the greatest challenges facing the agency has been the need to balance its regulation of false or misleading advertisements with the rights of free speech protected under the First Amendment.

The commission maintains that the implementation of its consumer protection program has complemented, rather than superseded, First Amendment commercial speech doctrine. Indeed, the FTC has enforced consumer rights in the areas of health and safety claims without banning commercial speech that may be plausibly true and constitutionally protected.