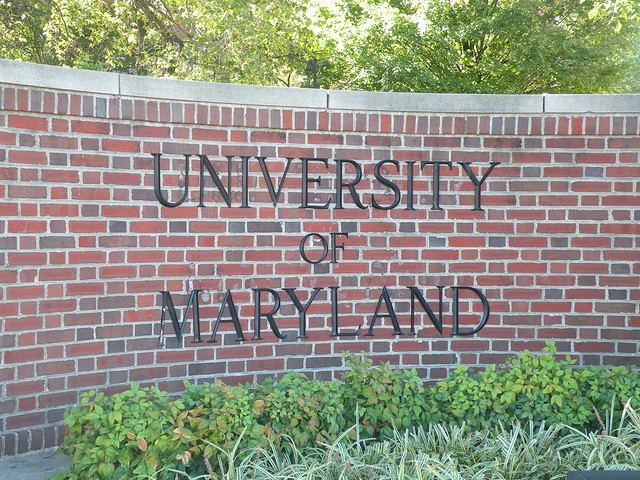 In 1967, the Supreme Court struck down a loyalty oath requirement at the University of Maryland after a man offered a teaching position challenged it on First Amendment grounds. The oath required employees to certify they were not engaged in an attempt to overthrow the government through force or violence. The Court found in Whitehill v. Elkins that the law was unconstitutionally vague and could be applied to individuals committed to peaceful change as well. (Photo by carmichaellibrary, CC BY-2.0)

In Whitehill v. Elkins, 389 U.S. 54 (1967), the Supreme Court struck down a Maryland loyalty oath that had been challenged by Whitehill, an employee of the University of Maryland. The oath required employees to certify, subject to prosecution for perjury, that they were not engaged in an attempt to overthrow the state or national government through force or violence.

Justice William O. Douglas’s majority opinion suggested that the law was not itself unconstitutional but that it was unconstitutionally vague when read in the context of the state’s Ober Act of 1957, which defined a “subversive” in a way that might include individuals committed to peaceful as well as to violent change.

Court: Loyalty oath at University of Maryland was 'hostile to academic freedom'

Douglas observed that the First Amendment covered the right to petition the government and that Article 5 provids procedures for amending the Constitution. He argued, “The continuing surveillance which this type of law places on teachers is hostile to academic freedom...” He speculated that scholars attending international conferences where others favored overthrowing the government might be prosecuted after taking the oath.

He thus found “an overbreadth that makes possible oppressive or capricious application as regimes change.”

Justice John Marshall Harlan II authored a dissent, joined by Justices Potter Stewart and Byron R. White, arguing that Maryland had already conformed its loyalty oath to appropriate clarification in Gerende v. Board of Supervisors of Elections of Baltimore (1951). Accordingly, Harlan did not think that the oath violated either freedom of speech or association.

He observed that “the only thing that does shine through the opinion of the majority is that its members do not like loyalty oaths.” For his part, Harlan thought questions about the wisdom of such laws rested with the states.