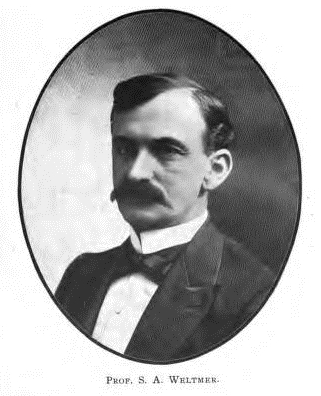 Sidney Weltmer (pictured here in 1906) taught "magnetic healing" in Missouri. The postmaster general declared Weltmer a fraud and tried to prohibit him from advertising through the mail. The Supreme Court struck down the prohibition in American School of Magnetic Healing v. McAnnulty (1902), advancing First Amendment freedoms. (Image via Wikimedia Commons, public domain)

American School of Magnetic Healing v. McAnnulty, 187 U.S. 94 (1902), set a precedent furthering freedom of speech and the press by limiting the discretion of the postmaster general concerning mail delivery.

Postmaster attempted to prohibit mail he thought was false

In this case, the postmaster had attempted to prohibit the delivery of letters by the American School of Magnetic Healing professing the ability to heal disease through influencing the mind.

Court said postmaster could not prohibit decisions on false mail

Justice Rufus W. Peckham’s opinion observes that enough doubt existed about claims of the effect of the mind upon the body that there “is no exact standard of absolute truth by which to prove the assertion false and a fraud.”

If the Court were to allow the postmaster to make such decisions on his or her own, a decision could be taken to prohibit delivery of advertisements for the use of electricity to cure diseases, for vaccinations for smallpox, for homeopathic physicians, and for others. Peckham further argues that the plaintiff had not violated any congressional laws.

Of note, while furthering the First Amendment, the Court’s opinion does not directly mention it. Justices Edward D. White and Joseph McKenna dissented without a written opinion.