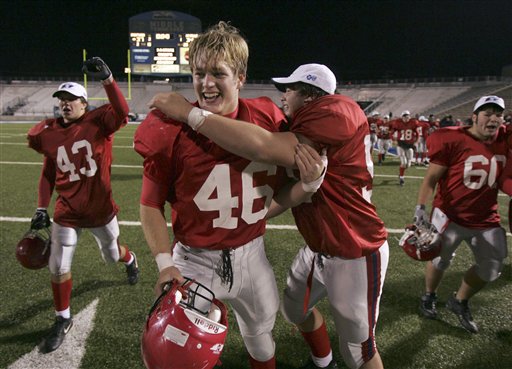 The Tennessee Secondary School Athletic Association (TSSAA) cited perennial high school football power Brentwood Academy for violating its rule when the coach mailed out letters and tickets to eighth-grade students. The TSSAA contended such actions violated its anti-recruiting rules, which were designed to prohibit “undue influence” on impressionable students. Brentwood sued in federal court, contending that the punishment by the TSSAA violated its First Amendment free speech and due process rights. The TSSAA countered that it was not a state actor.

Once again the case reached the Supreme Court, which unanimously reversed the lower courts’ rulings. Writing for the Court, Justice John Paul Stevens reasoned that the TSSAA anti-recruiting rule “strikes nowhere near the heart of the First Amendment.”

For a plurality of the Court, Stevens analogized the high school football coach sending letters to the eighth graders to the direct, face-to-face attorney solicitation forbidden by the Court in Ohralik v. Ohio State Bar Association (1978). “In our view . . . the dangers of undue influence and overreaching that exist when a lawyer chases an ambulance are also present when a high school coach contacts an eighth-grader,” he wrote.

Justice Anthony M. Kennedy—joined by Chief Justice John G. Roberts Jr.and Justices Antonin Scalia and Samuel A. Alito—wrote a concurring opinion that disagreed with Stevens’reliance on Ohralik. “To allow free-standing state regulation of speech by coaches and other representatives of nonmember schools would be a dramatic expansion of Ohralik to a whole new field of endeavor,” he wrote. Rather, Kennedy focused on the fact that TSSAA entered into a contractual relationship with TSSAA with regard to obeying certain rules.

Justice Clarence Thomas wrote a concurring opinion, calling for the Court to overrule its state-action ruling from 2001.