By Michael P. Bobic
Other articles in Documents 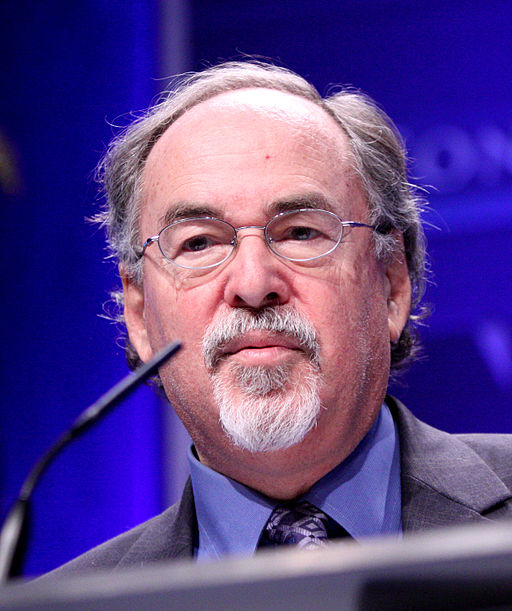 David Horowitz, a conservative political author and commentator, put forth the Academic Bill of Rights in 2004 over concern that universities had become overly political and were excluding conservative views. (Photo by Gage Skidmore via Wikimedia Commons, CC BY-SA 3.0)

The Academic Bill of Rights is a three-part document offering a definition of academic freedom and presenting a number of “rights” that students and faculty should have in scholarship and in the classroom to protect academic freedom and reduce ideological intimidation.

David Horowitz, a conservative political author and commentator, promulgated the document in 2004 in response to a growing concern that modern university curricula have become overly political and ideological. Supporters of the Academic Bill of Rights cite studies revealing that most faculty members are members of the Democratic Party, profess doubts about the existence of God, and identify themselves as liberals.

Horowitz, who has written several books exploring the ideological leanings of professors in public universities, has been a harsh critic of colleges and universities, identifying professors he considers to be particularly ideological or political. He worked for more than a decade to draft the Academic Bill of Rights, which he claims is based on the American Association of University Professors’ reports on academic integrity.

Part one of the Academic Bill of Rights defines the mission of universities as finding truth, expanding knowledge through new scholarship and research, and encouraging students to become creative, productive citizens.

Part two argues that freedom exists when there is an institutional environment of “intellectual diversity that protects and fosters independence of thought and speech, ... a complete and unlimited freedom to pursue inquiry and publish the results.”

Hiring should not be based on ideological beliefs, document says

In sum, these principles argue that hiring, promotions, and terminations should not be based on ideological or political beliefs, and curricula, especially in the social sciences, should reflect the uncertainty of knowledge and offer students multiple points of view and methodologies.

The tenets attempt to protect knowledge advances by students and faculty through the promotion of the integrity of the research process in an atmosphere of civil discourse. Taken together, the Academic Bill of Rights defines academic integrity in terms of freedom to focus on research and scholarship without fear of political or ideological retribution.

Although the Academic Bill of Rights seems innocuous and in many ways obvious, the document has created substantial debate.

Those who support Horowitz and the bill of rights often present anecdotal evidence of students and faculty who have suffered academically or professionally because of their (generally) conservative beliefs. The Chronicle of Higher Education, a trade newspaper for academics, has documented that conservative student newspapers are more likely to be stolen or vandalized than are liberal student papers.

Opponents of the Academic Bill of Rights assert that the document is designed to increase the number of conservatives on campuses and that the impact of the document has been to create “liberal witch hunts.”

In 2005 Ellen Willis argued in the Chronicle of Higher Education that the impact of the Academic Bill of Rights has been to intimidate liberal professors who fear that students will report them for bringing political views into the classroom. Most critics of the Academic Bill of Rights argue that its implementation would have a substantial chilling effect on academics and research.

Supporters believe conservative ideals are pushed out of campuses

Supporters and critics of the document argue that free speech and intellectual freedom are at stake in the debate over the Academic Bill of Rights. Supporters believe that there is already a chilling effect on campuses against conservative ideals and academic integrity.

Opponents believe that given the conservative nature of current American culture, liberal points of view are in the minority and are thus essential for social development. Both sides have presented evidence and arguments to support their positions. The debate itself ironically fulfills the spirit of the Academic Bill of Rights.

Dr. Michael P. Bobic, who worked as an assistant political science professor at Glenville State College in West Virginia, is author of "With the People's Consent: Howard Baker Leads the Senate 1977-1984." This article was originally published in 2009.