By Tobias T. Gibson
Other articles in Legal Terms and Concepts Related to Speech, Press, Assembly, or Petition 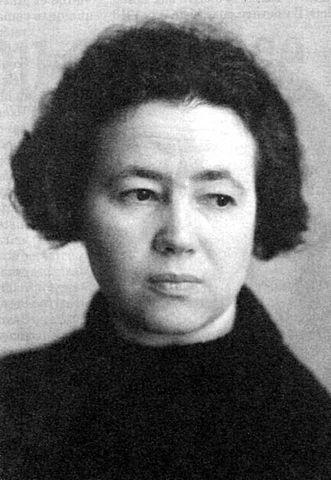 The bad tendency test was the most influential standard used by U.S. courts to determine whether criticism of World War I (1914–1918), and the government in the wake of the war, was protected by the First Amendment. Mollie Steimer was a victim of the test in 1919. Steimer was one of a group of anti-war activists and Russian immigrants who were convicted under the Espionage Act after they printed and distributed leaflets opposing United States intervention in the Russian civil war involving Bolsheviks (Communists). The Supreme Court in 1919 upheld the convictions under the bad-tendency test in Abrams v. United States, with the court determining the circulars were "intended to provoke and to encourage resistance to the United States in the war." (Photo via Wikimedia Commons, public domain)

The bad tendency test was the most influential standard used by U.S. courts to determine whether criticism of World War I (1914–1918), and the government in the wake of the war, was protected by the First Amendment.

Test started during World War I

The test has its roots in the stance of the Woodrow Wilson administration against dissent to the war effort. President Wilson warned that disloyalty “must be crushed out” in the United States, and that those disloyal “had sacrificed their right to civil liberties.”

Soon after the United States entered the war in 1917, Congress passed the Espionage Act of 1917, the first federal legislation against disloyalty since the Sedition Act of 1798. Although Congress intended to address in the act concerns about the operation of the military, the administration used the act to prohibit dissenting views.

Attorney General Thomas W. Gregory called on dissenters to pray for God’s mercy, “for they need expect none from an outraged people and an avenging government.” The government exacted its vengeance with the assistance of the judiciary.

The bad tendency test is based on English common law, most specifically on Sir William Blackstone’s Commentaries. In the U.S. judicial system, the roots of the test can be traced to the U.S. Supreme Court cases United States ex rel. Turner v. Williams (1904) and Patterson v. Colorado (1907). However, it was used most pervasively in lower federal court decisions.

For example, Shaffer v. United States (1919), heard in the Ninth Circuit Court of Appeals, revolved around Shaffer’s possession and mailing of the book The Finished Mystery. Because a passage in the book questioned the wisdom of the U.S. involvement in the war and the government’s reasons for it, Shaffer was convicted of violating the Espionage Act.

According to the court, “It is true that disapproval of war and the advocacy of peace are not crimes under the Espionage Act; but the question here . . . is whether the natural and probable tendency and effect of the words . . . are such as are calculated to produce the result condemned by the statute” [emphasis added].

The end result of the bad tendency test was that during the wartime era the Supreme Court ruled in favor of the government’s anti-seditious behavior almost without fail. Among the most well-known cases related to the First Amendment were Abrams v. United States (1919), Gitlow v. New York (1925), and Whitney v. California (1927).

In Abrams, a group headed by Jacob Abrams published a pamphlet decrying Wilson’s decision to send troops to Russia. The pamphlet, written in both English and Yiddish and using anti-capitalist language common to supporters of the Russian Revolution, urged U.S. workers to strike in protest.

The government charged the group with violating the 1918 amendment to the Espionage Act by expressing disloyalty and interfering with the war effort. In its decision, the Supreme Court abandoned the clear and present danger test it had articulated in Schenck v. United States (1919) in favor of the bad tendency test.

According to the majority opinion, the Court could distinguish between language intended to discredit the form of the government and language intended to result in action against the institutions of government. However, the Court found that “it is not necessary to a decision of this case to consider whether such distinction is vital or merely formal, for the language of these circulars was obviously intended to provoke and to encourage resistance to the United States in the war.”

In Gitlow, a socialist violated a New York criminal anarchy statute. Benjamin Gitlow distributed a pamphlet calling for mass insurrection and overthrow of the U.S. capitalist system. Using the bad tendency test, the Supreme Court upheld the statute and the conviction. Gitlow’s most enduring legacy, however, was the incorporation of the freedoms of both speech and press to the states.

The Whitney case involved a wealthy heiress, Charlotte Anita Whitney, who was arrested for her membership in socialist and communist organizations that were violating California’s syndicalism laws by helping to form the Communist Labor Party. The Court rejected her claims that the laws violated her freedom of speech. Instead, it found “that a State in the exercise of its police power may punish those who abuse this freedom by utterances inimical to the public welfare, tending to incite crime, disturb the public peace, or endanger the foundations of organized government and threaten its overthrow by unlawful means, is not open to question.”

As speech has become recognized as a “preferred freedom,” the Supreme Court and lower federal courts have moved away from use of the bad tendency test.