Clergy, Bans on Holding Office by

By John David Rausch Jr.
Other articles in Issues Related to Religion 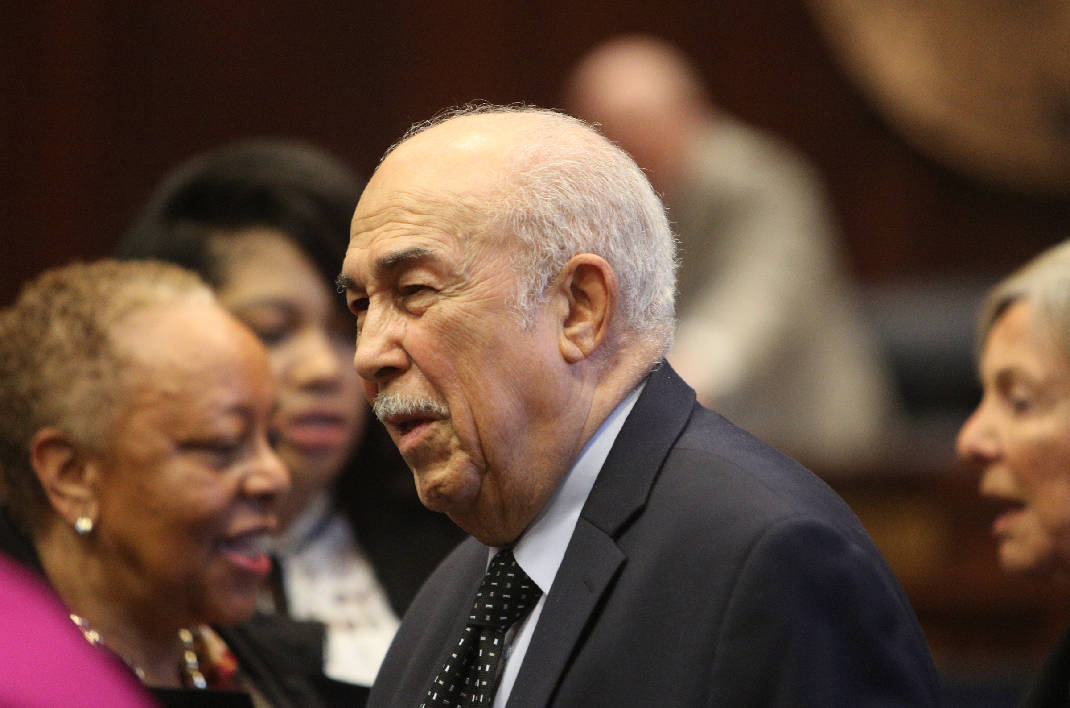 The Rev. Paul McDaniel's effort to become a delegate to Tennessee's constitutional convention resulted in a Supreme Court case that in 1978 overturned the state's ban on clergy holding office. It was the last state to maintain such a prohibition, though several states had carried clerical bans in their constitutions through the 1800s. After the ban was ruled unconstitutional, McDaniel went on to run and win a spot on the county commission in Chattanooga, a position he held for 20 years. (Photo of McDaniel being honored for his public service, courtesy of the Chattanooga Times Free Press)

In the late 18th and early 19th centuries, 13 states adopted constitutional provisions prohibiting members of the clergy from holding public elected or appointed office. Most states dropped these statutes from their constitutions prior to 1880.

The Supreme Court found Tennessee’s prohibition unconstitutional in McDaniel v. Paty (1978). It had been the last such ban in effect.

The New York state constitution of 1777 included a provision prohibiting clergy from serving in public office because they “are, by their profession, dedicated to the service of God and the cure of souls, and ought not to be diverted from the great duties of their function.”

New York retained the provision when it revised its constitution in 1821, but dropped it in the constitution of 1846. Delaware, Georgia, Kentucky, Louisiana, Maryland, Mississippi, Missouri, North Carolina, South Carolina, Tennessee, Texas, and Virginia also had constitutional prohibitions on clergy serving in public office in the 1700s and 1800s.

The Texas constitution of 1845 stipulated that because ministers and priests should devote themselves to souls, none “shall be eligible to the Legislature.”

Some state constitutions identified clergy among a list of other persons ineligible to hold political office. For example, the Missouri constitution of 1820 excluded people convicted of bribery, perjury, or “other infamous crimes,” as well as members of the clergy, from public office.

The Tennessee constitution of 1870 included a provision prohibiting clergy members from serving in the state legislature using the same justification as the provision included in the New York constitution of 1777. In 1977 Paul McDaniel, a Baptist minister, attempted to run for a position as a delegate to the state’s constitutional convention. A challenger, Selma Cash Paty, sued to keep McDaniel off the ballot. In a unanimous decision, the Supreme Court struck down the state constitution’s provision; the justices did not, however, agree on why it was unconstitutional.

Clerical bans were carried over from English law

Barring members of the clergy from serving in public office carried over from English practice. Parliament had justified excluding clergy from the House of Commons to ensure that a priest or deacon remained devoted to his “sacred calling” rather than to “such mundane activities as were appropriate to a member of the House of Commons.” Commons also sought to maintain its independence from the monarchy and wanted to keep ministers appointed by the throne from working to expand its influence in Parliament.

There is little evidence to explain why clerical bans appeared in state constitutions after the American Revolution. A similar ban was not included in the U.S. Constitution. Thomas Jefferson advocated the prohibition in his 1783 draft of a constitution for Virginia. James Madison disagreed, arguing that excluding ministers of the Gospels from serving in public office violated a fundamental principle of liberty by punishing a religious profession with the removal of a right held by all other persons.

John Witherspoon, Madison’s mentor and a president of the College of New Jersey (today’s Princeton), had ridiculed state constitutional bans on clergy.