By Cleveland Ferguson III
Other articles in Issues Related to Speech, Press, Assembly, or Petition 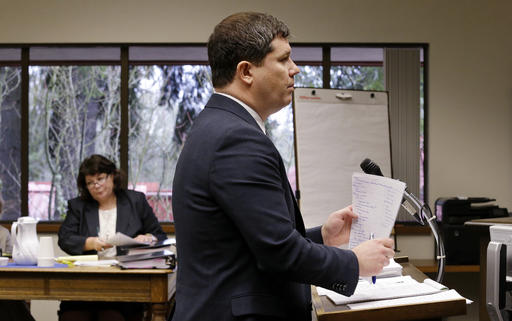 Individuals and organizations that act in a political forum — officeholders, candidates, donors, and interest groups promoting or opposing issues during election cycles — are subject to government-mandated disclosure requirements.

These requirements allow interested parties, such as the media and the public, to examine records otherwise hidden from them. The result is closer scrutiny of facts and figures and of the relationships between political actors.

Bribes given in return for favors have, of course, long been illegal, but since 1907 commentators have also been interested in political actors' disclosing the sources of funding for their campaigns. It was not until the Watergate scandal and the ensuing 1974 amendments to the Federal Election Campaign Act (FECA), however, that disclosure became a public concern and was legally mandated.

Supporters of disclosure laws continue to clash with those who believe that such requirements impinge on First Amendment freedoms of speech and association.

In Buckley v. Valeo (1976), the Supreme Court rejected a challenge to a FECA provision requiring individuals and groups that expressly advocated for the election or defeat of candidates for federal office to file reports detailing contributions and expenditures with the Federal Election Commission.

In this same seminal case that upheld the disclosure-requirement practice, the Court held that the government’s interests are sufficiently important to justify the disclosure requirements’ imposition on speech.

In weighing the benefits of disclosure against the burdens to First Amendment protection, the Court found that the requirements serve to deter corruption by allowing interested parties to follow the flow of money through contributions and expenditures, provide information helpful to voters, and aid in the enforcement of other campaign finance laws.

This information puts outside parties in a better position to appreciate the interests behind specific political candidates and organizations, allowing voters to make more informed political choices. To the extent that disclosure provisions burden minor parties, the Court stated that courts could grant exemptions from disclosure requirements to individuals or groups for whom the requirements provide a threat of harassment.

With the passage of the Bipartisan Campaign Reform Act of 2002 (BCRA) Congress sought to tighten FECA disclosure provisions, which suffered from loopholes established in the 30-year-old rules that administered the act’s implementation.

In McConnell v. Federal Election Commission (2003), the Court upheld the increased disclosure requirements, which apply to advertisements mentioning specific candidates within 60 days of an election and to “soft money” contributions and expenditures not coordinated with the people conducting the campaigns.

In light of ample evidence that such monies were being used to circumvent disclosure requirements, the Court in McConnell reaffirmed the government’s interests outlined in Buckley. Even most of the dissenting justices found that disclosure continues to provide necessary information to voters so that they can — if they so choose — make more-informed decisions.

What is more, the Court in McConnell took a more pragmatic look at quid pro quo corruption and determined that the BCRA captures sham issue advocacy, in which voters are encouraged to contact a candidate or group about an issue that has been negatively presented to them, just as well as straight candidate advocacy.

Those who produce communications in the style of the former must provide additional disclosure about the source of funds and the manner in which those funds are spent. Further, broadcasters must keep records on contracts that create “electioneering communications” even if they are not completed, thus affirming the BCRA’s amendment to the Communications Act of 1934.

Mindful of the burdens of such limitations on free speech, the Court determined that disclosure reporting need not occur until the minimum threshold financials provided in the BCRA are triggered, the result being that only truly serious candidates will be affected by the disclosure requirements.

Members of groups that espouse unpopular ideas and whose membership identity could face reprisals from such disclosure may seek court exemptions on a case-by-case basis by producing specific evidence of this risk.

It is an open question whether the case-by-case exemption requiring one to go to court will chill speech.

On the state level, disclosure laws vary in what and how information is reported. Some states’ election offices purge information within specific time periods after elections while others do not make certain data public. Others simply do not collect much information. Such disparities in record keeping make scrutiny and over-time comparisons more difficult.

In McIntyre v. Ohio Elections Commission (1995), the Court exempted from state disclosure requirements the distribution of an anonymous pamphlet opposing a school tax levy, but Justice John Paul Stevens’s majority opinion in McConnell relegates the decision to footnote 88 in the opinion and is otherwise silent about it.