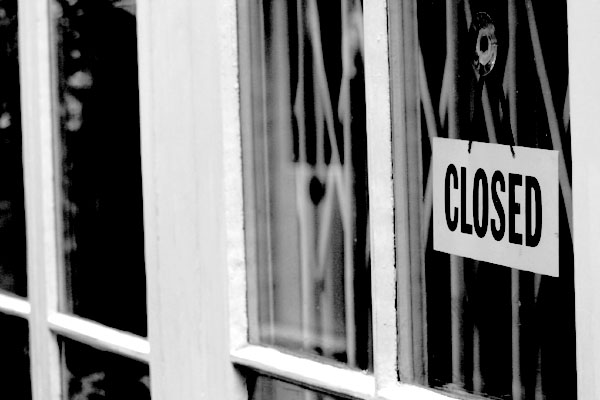 In Braunfeld v. Brown, 366 U.S. 599 (1961), the Supreme Court ruled that a Pennsylvania state law that required certain types of retail businesses to close on Sunday did not violate the First Amendment’s free exercise clause. In a companion case, Two Guys from Harrison-Allentown, Inc. v. McGinley (1960), the Court had already decided that such laws did not violate the establishment clause. (Image via Jason on Flickr, CC BY 2.0)

In Braunfeld v. Brown, 366 U.S. 599 (1961), the Supreme Court ruled that a Pennsylvania state law that required certain types of retail businesses to close on Sunday did not violate the First Amendment’s free exercise clause. In a companion case, Two Guys from Harrison-Allentown, Inc. v. McGinley (1960), the Court had already decided that such laws did not violate the establishment clause.

Jewish business argued against being required to close on Sunday

Abraham Braunfeld and other Orthodox Jews brought the case. Due to their religious beliefs, they shut their businesses at nightfall each Friday until nightfall on Saturday. They argued that being forced by the state to close on Sunday as well would impair their ability to earn a livelihood. A three-judge district court panel dismissed the complaint, and the Supreme Court heard it on appeal.

Court found Sunday-closing law did not violate the Constitution

The Court could not agree on an opinion, but a majority of six justices found that the Sunday-closing law did not violate the Constitution. Chief Justice Earl Warren’s opinion expressed the views of a plurality of four justices. He relied on Cantwell v. Connecticut (1940) and Reynolds v. United States (1879) to demonstrate that the freedom to act on one’s religious convictions is not totally free from legislative restrictions that seek to enforce important social goals or duties or protect good order.

Court said law did not target nor prohibit religious practice

Warren explained that determining whether a law that interferes with a person’s religious practice is constitutional depends on a number of factors. First, the law has to be a generally applicable law within the power of the government. The law in this case was applied to all people, regardless of religious faith, and did not intentionally target any religious practice. Furthermore, in McGowan v. Maryland (1961) the Court had ruled that the government’s proper powers include providing a weekly reprise from all labor by setting aside one day a week for rest, recreation, and tranquility.

Second, the law may not make any religious practices unlawful. If the purpose or effect of a law is to impede the practice of religion or to discriminate among religions, that law is constitutionally invalid even though the burden may only be indirect. This law, Warren wrote, simply regulated a secular activity, and even though it indirectly operated so as to make the practice of Braunfield’s religious beliefs more costly, it did not attempt to criminalize those practices.

Warren noted that finding legislation that imposes only an indirect burden on the exercise of religion to be unconstitutional would radically restrict the operating latitude of the legislature.

Justice Felix Frankfurter, supported by Justice John Marshall Harlan II, wrote a concurring opinion supporting Warren’s findings, but he believed that the case should be remanded to determine whether the law was irrational and arbitrary. Justices William O. Douglas, William J. Brennan Jr., and Potter Stewart all wrote dissents.