Indecency and the Electronic Media

By Ruth Ann Strickland (Updated July 2017 by David L. Hudson Jr.)
Other articles in Issues Related to Speech, Press, Assembly, or Petition, Media, Freedom of the Press issues and topics 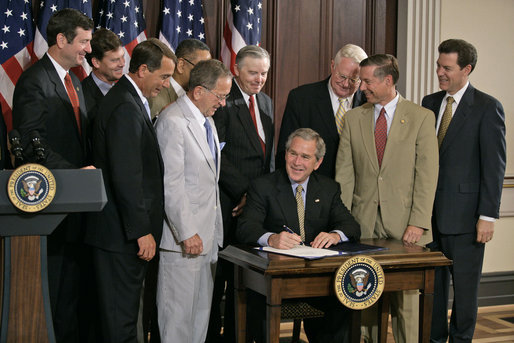 The Federal Communications Commission (FCC) defines indecency in the broadcast industries as “language or material that, in context, depicts or describes, in terms patently offensive as measured by contemporary community standards for the broadcast medium, sexual or excretory organs or activities.” Once established by the Communications Act of 1934, the FCC began to regulate the program content of television and radio broadcasts to prevent the airing of inappropriate material.

Indecency should not be confused with obscenity. Obscenity refers to expression that receives no First Amendment protection. By contrast, indecency is often protected by the First Amendment, at least for adults.

Courts have sanctioned restricting indecent broadcasts between 6 a.m. and 10 p.m.

Courts have sanctioned restricting indecent broadcasts during hours when children may be exposed to such programming. In the first major landmark case on indecency over the airwaves, Federal Communications Commission v. Pacifica Foundation (1978), a father, while driving with his 15 year-old son, heard a 2 p.m. broadcast of “Seven Dirty Words” by comedian George Carlin.

The father complained to the FCC, on his son’s behalf, that his son should not have to listen to obscene material. In response, the FCC ruled that Carlin’s monologue was not obscene but indecent, and that it should not have been broadcast on radio when minors could be listeners. The Supreme Court agreed. In a 5-4 vote, it held that the FCC had ruled correctly and that it had the authority to regulate indecent speech.

After the Pacifica ruling, the FCC began issuing rules to define indecent and profane speech and to prohibit the broadcast of such material between the hours of 6 a.m. and 10 p.m. Today, the FCC regularly screens complaints, determines what is indecent and profane, and issues fines to uphold indecency standards.

FCC screens what is indecent

Broadcasts that dwell on offensive material also may elicit FCC intervention. For example, a radio station broadcast a talk show depicting the flatulence and defecation activities of radio personality “Bubba, the Love Sponge.” In response to the repeated references to excretory activity, the FCC fined the radio station for airing patently offensive material.

The FCC also examines why material is presented a certain way. For example, a radio call-in show focusing on an oral sex survey was deemed indecent because the survey results were presented in a titillating and pandering way, whereas a complaint against a high school sex education class aired on television that included sex organ models to demonstrate various birth control devices was dismissed by the FCC because the material was presented in an instructional, clinical manner.

In the 1980s, the FCC became a party to court cases involving media other than radio and television — telephonic transmissions, cable and satellite broadcasts, and the Internet, among other things.

For example, in Sable Communications of California v. Federal Communications Commission (1989) the Supreme Court held that any regulatory effort to protect minors from indecent telephone messages must be tailored narrowly so that it did not impinge on constitutionally protected indecent speech between adults.

Another case revolved around the FCC’s efforts to require cable system operators to put all patently offensive programming into one specific channel and to block viewing of this channel unless a viewer specifically requested access. In that case, Denver Area Educational Telecommunications Consortium v. Federal Communications Commission (1996), the Supreme Court struck down these regulations, holding that they were overly restrictive. Other, less restrictive means, such as the V-chip, could be used by subscribers to prevent children from gaining access to offensive broadcasts.

Congress, like the FCC, has also sought to regulate cable television. One provision of the Telecommunications Act of 1996 required cable operators to completely scramble or block channels that primarily focused on sexually oriented programming or to limit the hours of broadcast when children could be in the viewing audience. However, in United States v. Playboy Entertainment Group (2000) the Supreme Court struck down this part of the act, holding that Congress should seek a less restrictive option to shield children.

In an effort to regulate the Internet, Congress passed the Communication Decency Act (CDA) of 1996, which prohibited indecent transmissions on the Internet. In Reno v. American Civil Liberties Union (1997), the Supreme Court held that the Internet as a medium is entitled to the same full First Amendment protections as the print media and that this law impinged on protected speech. The Court noted that several provisions of the CDA were unconstitutionally vague because the act contained no definition of indecency.

In yet another effort to regulate the Internet, in 1998 Congress passed the Child Online Protection Act (COPA). COPA, a modified version of the CDA, limited scrutiny to regulating the World Wide Web rather than the entire Internet. COPA also limited the transmission of material harmful to minors for commercial purposes rather than all purposes.

Lower federal courts upheld injunctions, preventing enforcement, and also struck down the law as too broad. In Ashcroft v. American Civil Liberties Union (2004), the Supreme Court upheld the injunction blocking the law’s enforcement, stating that the law was probably unconstitutional. It then referred the case back to the lower federal court for further consideration. It is unlikely that COPA will ever be implemented as long as the Court finds that filtering software and laws prohibiting misleading domain names are sufficient to protect minors online.

Two well-publicized events — rock star Bono’s utterance of the word fuck twice while accepting a Golden Globe award in a 2003 televised ceremonyand singer Janet Jackson’s “wardrobe malfunction,” which exposed her breast on the televised halftime show of the 2004 Super Bowl — sparked increased pressure on Congress and the FCC to regulate and penalize indecent broadcasts more stringently.

In response, Congress passed the Broadcast Decency Enforcement Act of 2005, which raises the maximum penalty from $32,500 to $325,000 for broadcasting indecent material on television or radio between 6 a.m. and 10 p.m. Meanwhile, broadcasters complain that the major network broadcasts are being unfairly targeted, while cable and satellite programs are virtually unregulated. Free speech proponents argue that indecency regulations are too subjective and have a chilling effect on legitimate, protected speech. Lawsuits have already been filed to challenge the new law.

This article first published in 2009 and has been updated. The primary contributor was Ruth Ann Strickland, a retired professor at Appalachian State University. It has been updated by the First Amendment Encyclopedia.