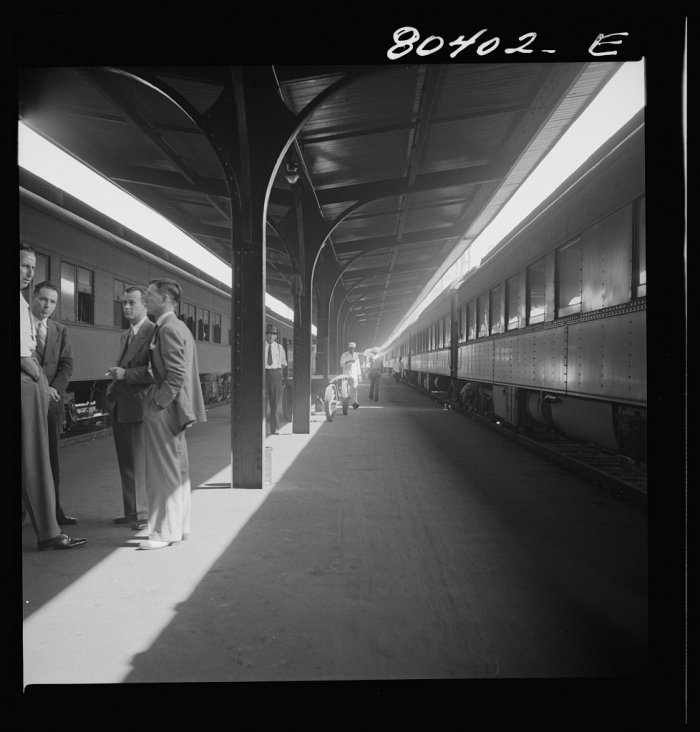 In Hennington v. Georgia (1896), the Supreme Court upheld a Georgia law forbidding trains from running on Sundays against challenges that it unduly interfered with interstate commerce. Later Sunday closing laws were challenged by the First Amendment. (Image of Georgia train station in 1941 via Library of Congress, public domain)

In Hennington v. Georgia, 163 U.S. 299 (1896), the Supreme Court upheld a Georgia law forbidding trains from running on Sundays against challenges that it unduly interfered with interstate commerce. The Court’s reasoning was analogous to that which it used in the twentieth century to uphold the legitimacy of Sunday closing laws against challenges that such laws violated the establishment clause of the First Amendment.

Justice John Marshall Harlan I, writing for the majority, observed that Georgia and other states for many years had laws prohibiting work on the Sabbath. Georgia’s Supreme Court had recognized that such laws were an appropriate exercise of state police powers designed to “reduce wear and tear, promote health, favor cleanliness, encourage social intercourse, afford opportunity for introspection and retrospection, and tend in a high degree to expand the thought and sympathies of the people, enlarge their information, and elevate their morals.”

Court said many laws lined up with religions traditions

Harlan cited the Georgia high court to say that judges were not concerned with the motives of the legislators, and it was of no consequence if the day of rest they chose coincided with Christian sentiments: “That which is properly made a civil duty by statute is none the less so because it is also a real or supposed religious obligation; nor is the statute vitiated, or in anywise weakened, by the chance, or even the certainty, that in passing it the legislative mind was swayed by the religious rather than by the civil aspect of the measure.” Harlan observed that much beneficial legislation corresponded with duties spelled out in the Ten Commandments.