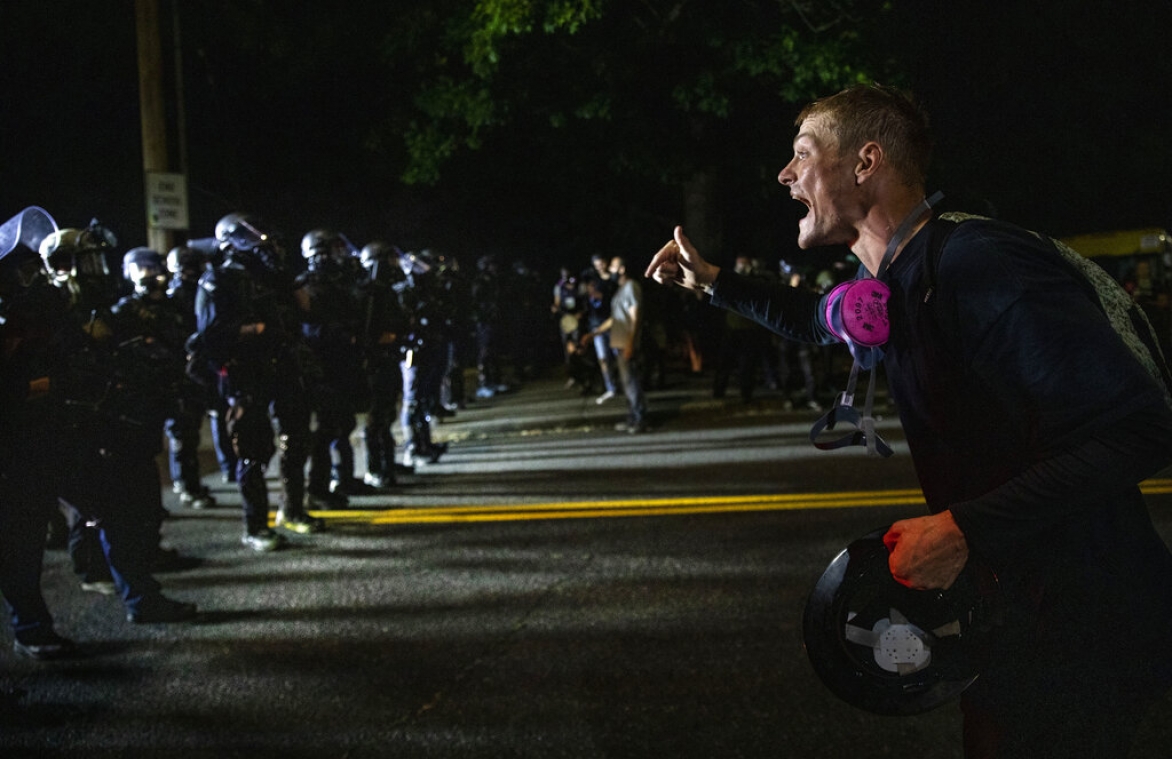 A protester screams at police as as Portland protests continue reaching 100 consecutive nights on Saturday, Sept. 5, 2020, in Portland, Ore. Hundreds of people gathered for rallies and marches against police violence and racial injustice in Portland as often-violent nightly demonstrations that have happened for 100 days since George Floyd was killed showed no signs of ceasing. (AP Photo/Paula Bronstein)

The panel of the 9th U.S. Circuit Court of Appeals, in a 2-to1 ruling, declined the emergency motion by the U.S. Department of Homeland Security and U.S. Marshals Service, The Oregonian/OregonLive reported. The motion sought to put on hold the injunction that U.S. District Judge Michael H. Simon granted on Aug. 20.

"Having considered the parties' complete briefing, and after hearing oral argument, we conclude that the Federal Defendants have not shown a strong likelihood of success on the merits," the ruling said. "The Federal Defendants also failed to demonstrate they are likely to suffer irreparable injury if the preliminary injunction is not stayed pending appeal."

The ruling comes as the city marks over four months of protests against police violence and racism that have drawn people to Portland, often ending with confrontations between police and protesters who have set fires, thrown fireworks and other objects at officers and vandalized government buildings.

Simon granted the injunction after the ACLU submitted 34 separate statements from journalists, photojournalists and legal observers who said they suffered shots to the back, neck and legs from impact munitions fired by federal officers outside the Mark O. Hatfield United States Courthouse in downtown since early July.