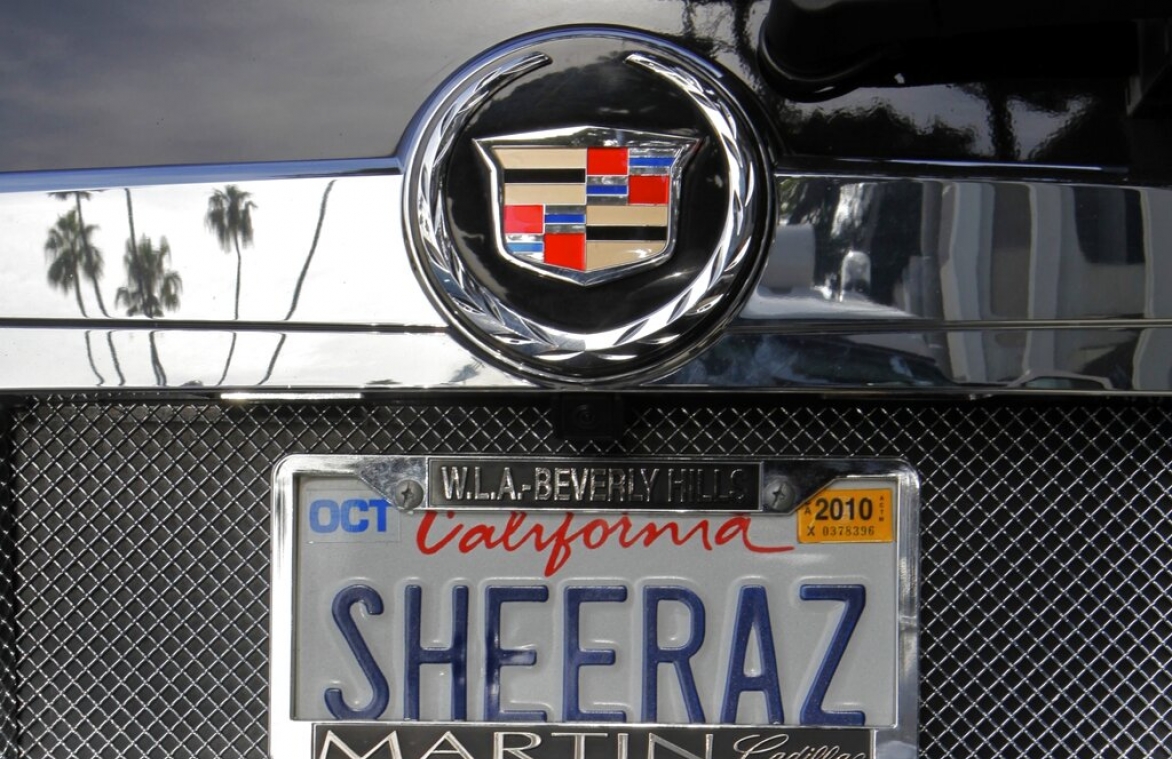 In this May 24, 2010, file photo, an SUV with a personalized license plate is seen in Beverly Hills, Calif. A federal judge ruled on Nov. 24, 2020, that California can’t ban vanity license plates it considers “offensive to good taste and decency,” because doing so violates freedom of speech. (AP Photo/Damian Dovarganes)

U.S. District Judge Jon Tigar ruled in a case filed in March against Department of Motor Vehicles Director Steve Gordon on behalf of five Californians who were denied permission to put their messages on personalized license plates.

They included a gay man in Oakland who owns Queer Folks Records and wanted to use the word "QUEER" but was refused because the DMV said that might be considered insulting; a fan of the rock band Slayer who was notified that "SLAAYRR" would be considered "threatening, aggressive or hostile"; and an Army veteran who wanted to note his nickname and love of wolves with "OGWOOLF" but was refused because the DMV said the OG might be construed as a reference to "original gangster."

Others were refused because their plate messages might look or sound like a swear word or might be construed as sexual, according to the judge's ruling.

The judge said the personalized messages were types of personal expression, not "government speech," and therefore regulations governing them "must be both viewpoint-neutral and reasonable."

He noted a 2017 U.S. Supreme Court case, Matal v. Tam, allowing an Asian-American rock band to call itself The Slants in saying that public speech can't be barred because it may offend some people.

However, Tigar said the DMV probably could be permitted to deny plates that are, for instance, obscene or profane, or that contain hate speech, because those categories fall outside of First Amendment protections.

"This is a great day for our clients and the 250,000 Californians that seek to express their messages on personalized license plates each year," said attorney Wen Fa of the Pacific Legal Foundation, which filed the lawsuit, in a statement. "Vague bans on offensive speech allow bureaucrats to inject their subjective preferences and undermine the rule of law."

The DMV was reviewing the ruling and declined further comment, the San Francisco Chronicle reported.