When the barricades fell, so did First Amendment protection 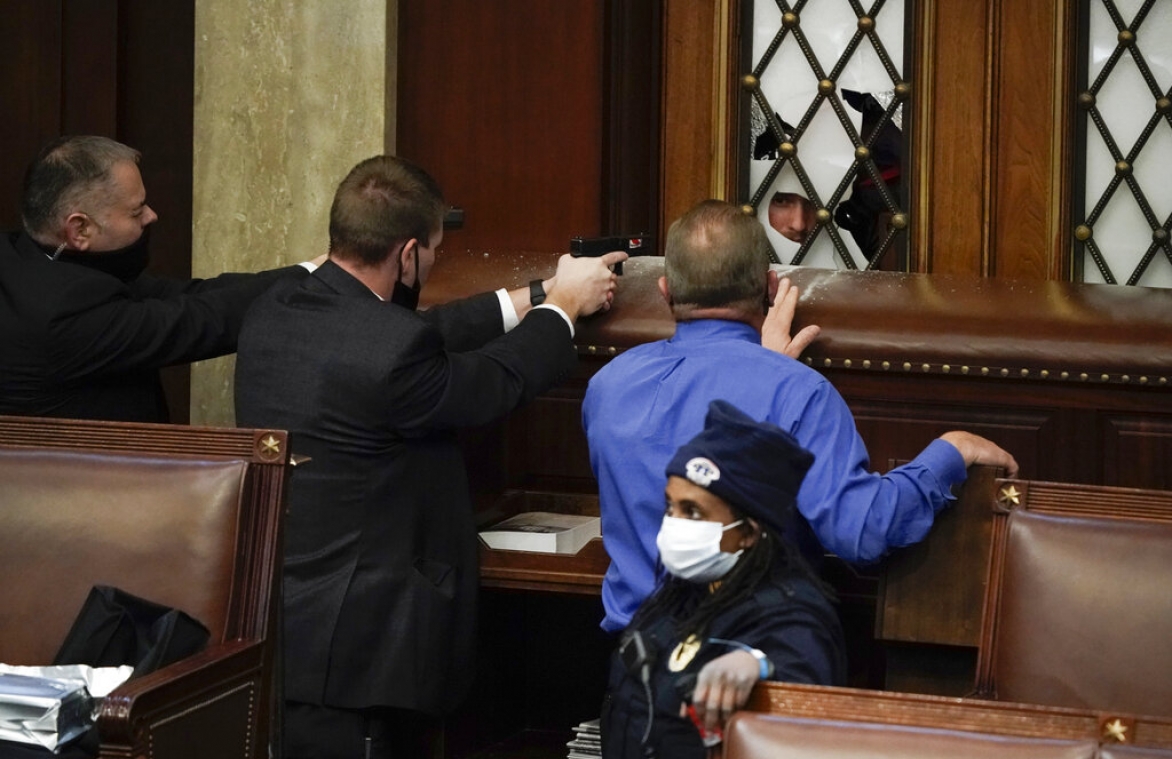 The stunning scenes of the Capitol under siege this afternoon suddenly made democracy seem fragile and raised endless questions.

In terms of security, how in the world did protestors -- who police knew were coming -- get into the building and vandalize offices? How quickly could trained terrorists breach security and attack Congress?

In terms of law enforcement, it’s typically a good thing for police to exercise some restraint when dealing with public protests, but the difference between this event and the assertive tactics we saw at Black Lives Matter protests was striking.

And then there’s the biggest question: Were Trump supporters within their rights to march on the Capitol and share their grievances? After all, the First Amendment protects our freedom of speech, the right to peaceably assemble and to petition government “for a redress of grievances.” In fact, speech about politics is the most protected under our system of laws, and it’s perfectly logical for protesters to gather outside a government building to protest an election or government action.

Of course, the hitch is in the word “peaceably.” Let’s be clear. Many of the thousands of protesters who stood a half-block from the Capitol shouting slogans and carrying signs had every right to do so. But when many broke through barriers to climb the Capitol steps, their actions were no longer peaceable or lawful. Under long-established law, the government can’t shut us up, but it can set reasonable restrictions on the time, place and manner of our speech, particularly if it poses a threat to public or our national security.

When the barricades fell, so did First Amendment protection. Anyone prosecuted for breaking through gates or entering the building won’t be charged for their speech or message. They’ll be prosecuted for their illegal actions, none of which are protected by the Bill of Rights.

The irony is that peaceful protests so often serve as an escape valve for society. Citizens who are angry about an injustice can peacefully take to the streets, making their case to the world and not having to resort to violence to get attention. This afternoon marked a terrible aberration. Commentators are struggling with what to call it. Is it an insurrection? Mob action? A rebellion?

Let’s just call it profoundly un-American. We are better than this.