A government from reflection and choice 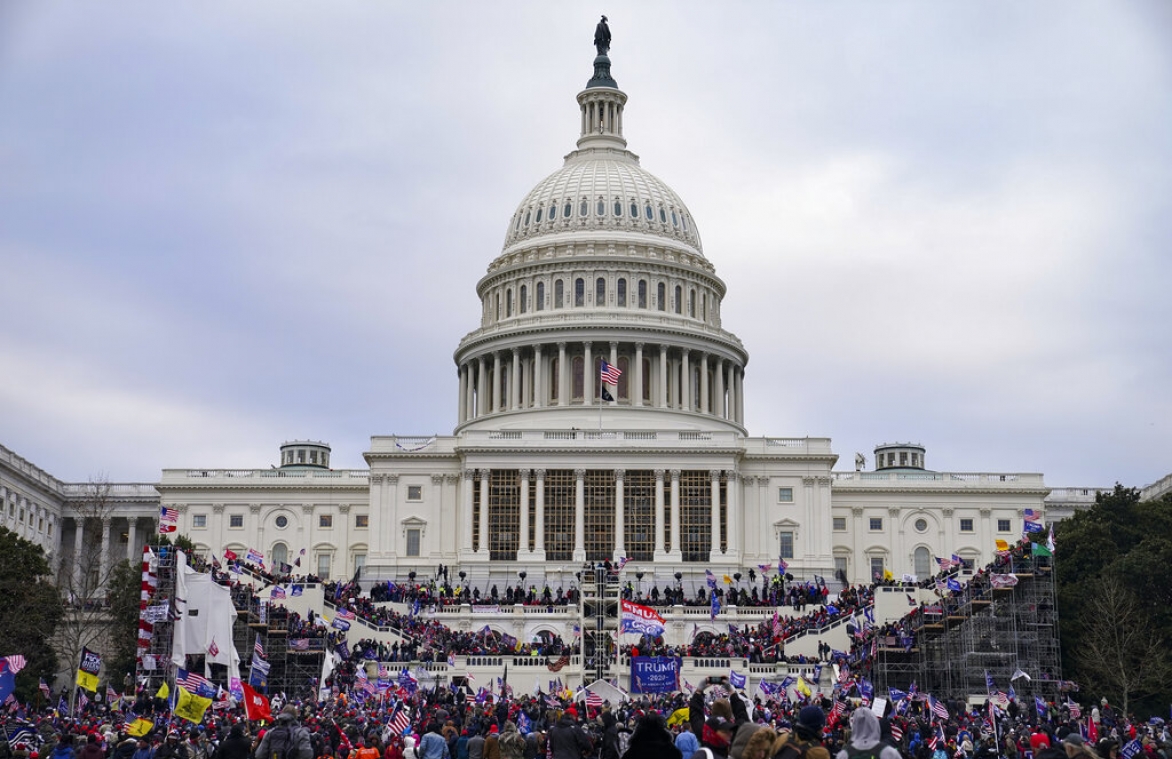 A television report on the BBC that aired on Jan. 10 documented the tumultuous events at the U.S. Capitol on Jan. 6. One of the more fascinating aspects of the report is that after breaking and entering a building in a melee that left five people dead, many of the demonstrators stopped to do sightseeing and continued to express pride in their actions. A few compared themselves to forefathers who had participated in the American Revolution and suggested that this might be the opening salvo of another Civil War.

In 1787, our Founders wrote and ratified the U.S. Constitution. It vested power in the people as exercised through three coordinate branches of the national government as well as through state and local authorities. It rejected pure democracy for republican or representative government. To this end, it replaced a hereditary monarch, George III, with an elected president and a parliament that claimed to be sovereign with a Congress with limited enumerated and implied powers. It further established an appointed judicial branch to insure that the new Constitution would be the supreme law of the land.

On the days leading up to and including the election of Nov. 3, a record number of Americans went to the polls and cast their ballots for both Democratic and Republican candidates. The former presidential candidate got about 7 million more popular votes (and a strong majority of the Electoral College votes) than the latter.

As increasingly happens when tensions run high, numerous lawsuits were brought in states where the votes were relatively close. Never did the expansive accusations that President Trump and his attorneys presented in public match the evidence that they submitted under oath, where it would be subject to charges of perjury, in court. After being presented with evidence from both sides, courts with both Democratic and Republican appointees ruled uniformly against the challengers. Nor did recounts reverse initial results.

Both the president and some members of his party in Congress refused to accept the results. They retained the vain hope that the vice president might step out of his ceremonial role in announcing the results of state balloting and somehow deliver the election to Trump without apparently stopping to ask how they would have responded had Biden attempted to affirm that Hillary Clinton had won the 2016 presidential election. In a further irony, those who were challenging the results of the presidential contest were perfectly content to accept their own election in the contest that was held the same day. In an election charged with being so obviously fraudulent, it is further instructive that the only contests being challenged were those that had gone against the president. Such an approach resembles that of “Heads I win; tails you lose.”

Those who riot when presented with the votes of a legitimate election share more in common with a hereditary king who continued to assert his power than with the elected delegates to the Constitutional Congress in 1776.

Jan. 6, 2021, was not a second American Revolution, but an attempt to substitute the will of an unelected and unruly mob for the deliberate decisionmaking of the voting booth. Attorney Rudy Giuliani may prefer “trial by combat,” but the very purpose of government is to avoid the violence of such a state of nature. However they may judge their own motives, the self-proclaimed patriots of 2021 who stormed the Capitol share more in common with street thugs than with America’s Revolutionary Founders. In Federalist No. 1, Alexander Hamilton explained in arguing for the adoption of the U.S. Constitution that its ratification would decide “whether societies of men are really capable or not of establishing good government from reflection and choice, or whether they are forever destined to depend for their political constitutions on accident and force.”

We are presented with this same choice in 2021.

John R. Vile is a professor of political science at Middle Tennessee State University and the author of numerous books on the U.S. Constitution and related subjects.