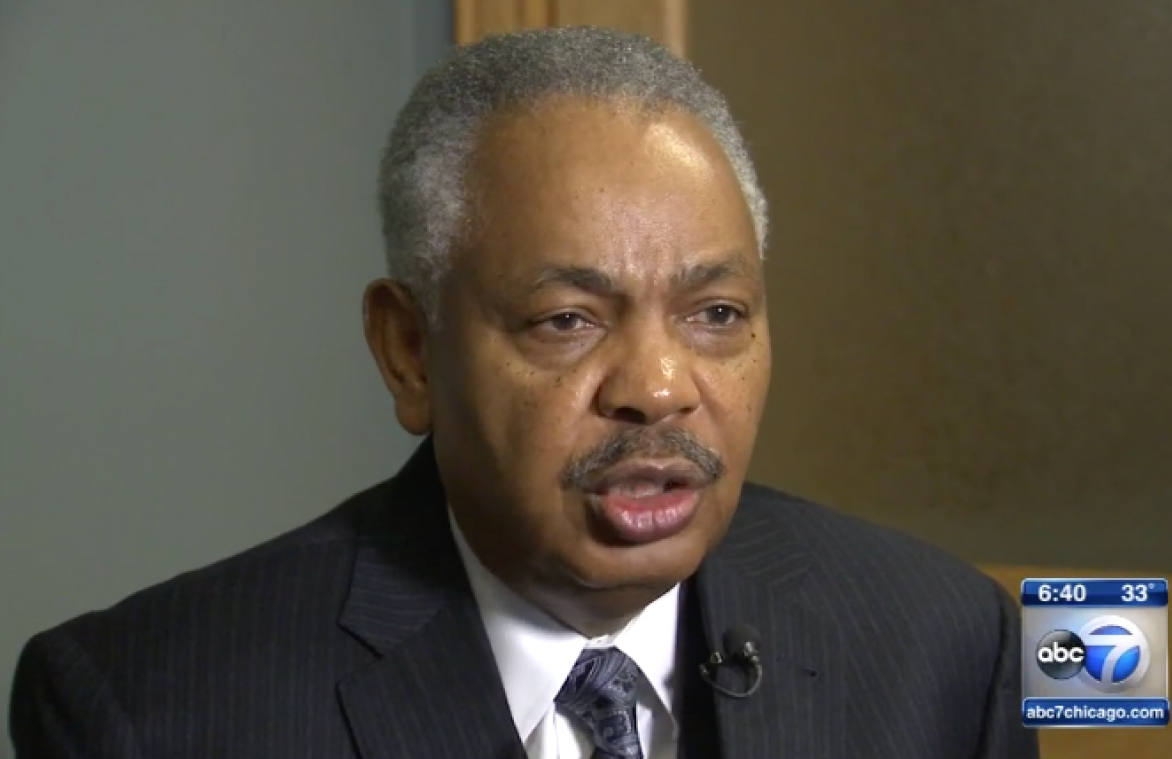 Lorenzo Davis, a former investigator in Chicago's Independent Police Review Authority, was fired when he refused to change findings to be more favorable to police officers. He sued, saying the termination violated his First Amendment free speech rights. The 7th Circuit U.S. Court of Appeals upheld a lower court's ruling that dismissed his claim, saying his speech was pursuant to job duties and was not protected under the Supreme Court case Garcetti v. Ceballos. (Photo, screenshot from WLS-TV Chicago report.)

The U.S. Supreme Court’s decision in Garcetti v. Ceballos continues to wreak havoc on public employees’ First Amendment retaliation claims.   The Supreme Court ruled in Garcetti that public employees have no First Amendment protection for official, job-duty speech.  It doesn’t matter how important the speech is or how much it exposes potential corruption.  The employees are Garcettized!

A recent example is the 7th U.S. Circuit Court of Appeals’ decision in Davis v. City of Chicago.  Lorenzo Davis worked as an investigator with Chicago’s Independent Police Review Authority beginning in 2008.  He moved up to a supervisor in 2010.  In his job, he recommended findings on alleged police misconduct, determining whether complaints of police malfeasance were “sustained”, “not sustained”, “exonerated”, or “unfounded.”

Davis alleged in 2014 and 2015 two of his superiors ordered him to change “sustained” findings to findings more favorable to police officers.  Davis refused to change such findings.  He further alleged his superiors instituted a policy change to reflect that an investigator would be punished if he or she did not make a change recommended by the chief administrator.

When Davis refused to make another change, he was terminated.  He sued, alleging a violation of his First Amendment free-speech rights.  A federal district court dismissed his claim. On appeal, a three-judge panel of the 7th Circuit agreed.

The reasoning was short and swift: “Because Davis’s refusal was pursuant to his job duties, he spoke as a public employee rather than a private citizen.  His speech, therefore, falls outside of the First Amendment’s scope.”

The appeals court continued: “Davis may have had good reasons to refuse to revise his reports.  But good intentions alone do not grant First Amendment protection to speech by public employees.”

There is something terribly wrong with a rule that bars any free-speech protection under the U.S. Constitution for a public employee who blows the whistle on possible governmental wrongdoing.  It is wrong, unfair, and unwise.

But, that is the price we pay for the awful Garcetti ruling.