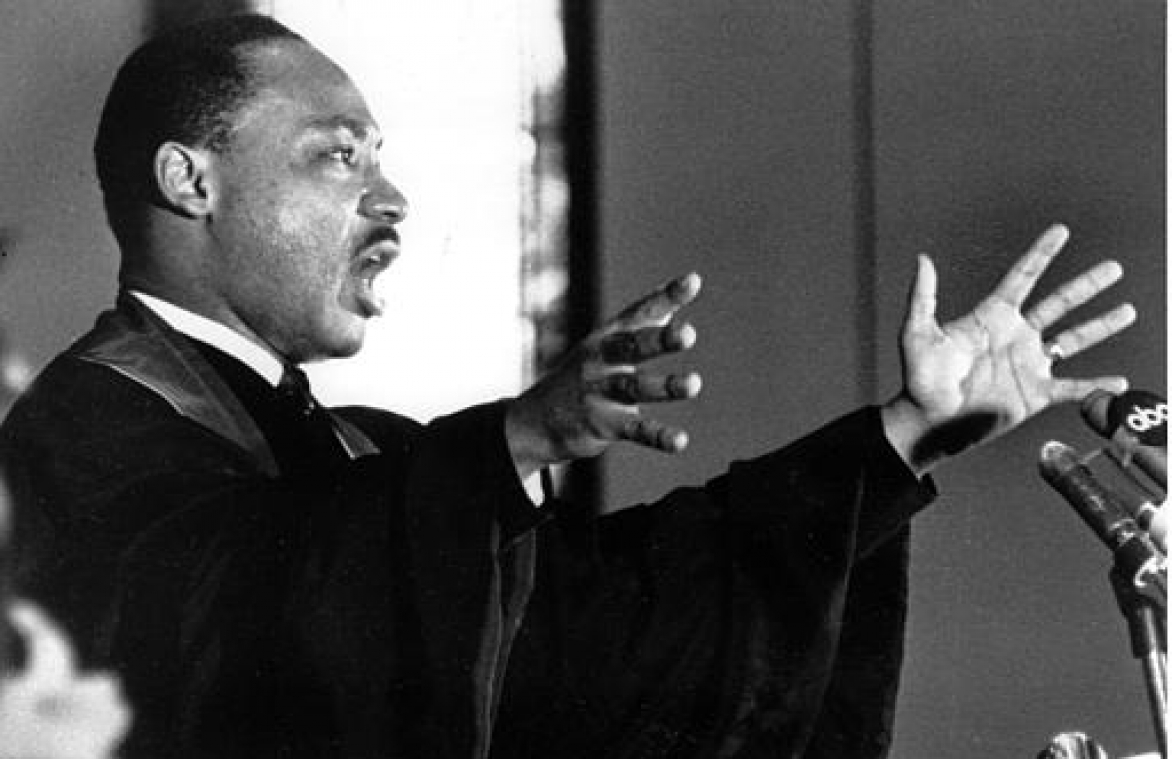 The Rev. Dr. Martin Luther King Jr. preaches to his congregation in Ebenezer Baptist Church in Atlanta on April 30, 1967, as he urges America to repent and abandon what he called its "tragic, reckless adventure in Vietnam." AP Photo

On this Martin Luther King Day, 2023, the Free Speech Center remembers and honors an American hero, a man who, despite all the odds against him, peacefully exercised his First Amendment freedoms to worship, speak, write, assemble, and petition. His aim? To help bring about justice and civil rights in the United States for all men and women.

In his final speech before his assassination in April 1968, the Rev. Dr. Martin Luther King Jr. referred to the First Amendment directly in what has come to be known as his "I've Been to the Mountaintop" speech: