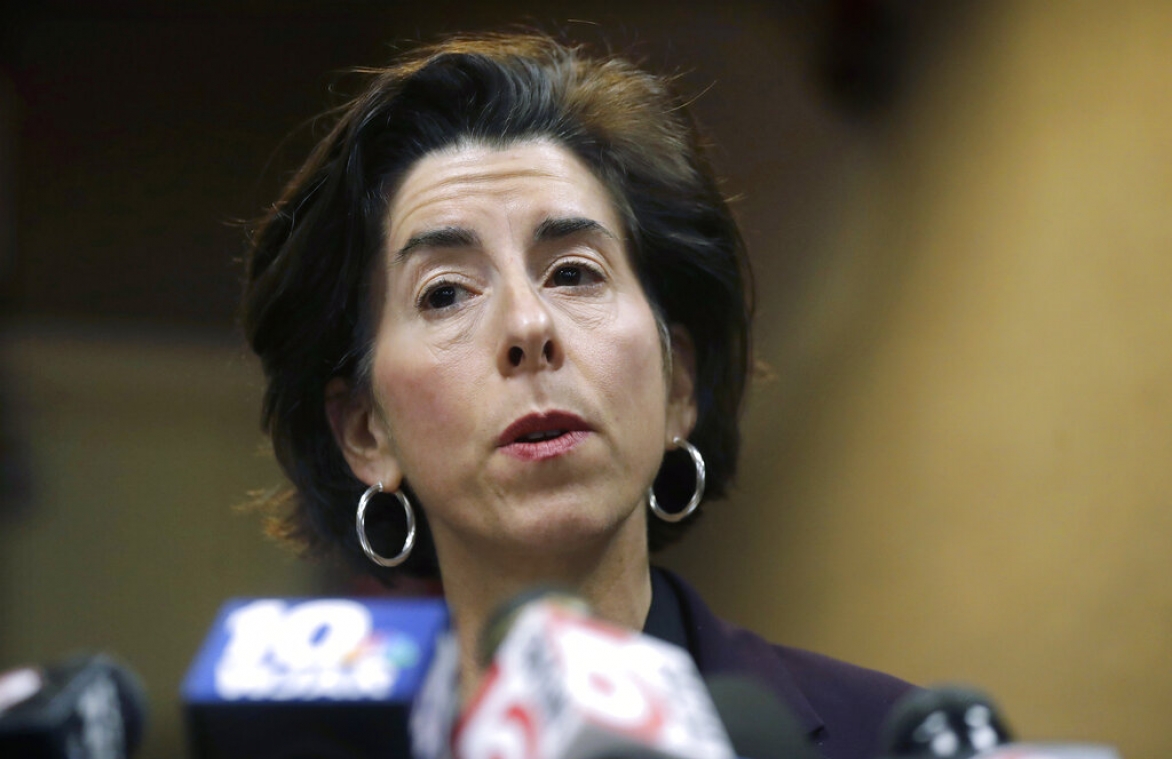 WESTBOROUGH, Mass. (AP) — A First Amendment rights organization with the backing of journalism organizations is asking Rhode Island Gov. Gina Raimondo to resume full media briefings and respond to direct questioning from reporters during those briefings.

The Democratic governor has not made herself available for questioning from journalists since she was nominated to serve as commerce secretary in the Joe Biden administration.

"While your nomination to President-elect Biden's Cabinet is a great honor that carries with it certain responsibilities, these must not be prioritized over your duties as governor," the New England First Amendment Coalition wrote in a letter Jan. 19 to Raimondo.

"Making yourself available for questioning by journalists — who serve as a proxy to the public — is one of those duties," the letter said.

Raimondo, who has held regular news briefings during the coronavirus pandemic to update the public on the state's response, has held just one since her nomination and she did not answer reporters' questions at its conclusion.

"Only through the direct questioning of you as governor can Rhode Island residents best understand how these immensely consequential public health policies are formed and what they are intended to do," the letter said.

Audrey Lucas, a spokesperon for Raimondo, said in an email Jan. 20 that Dr. Nicole Alexander-Scott, director of the state Department of Health, and other top department officials have been updating residents on the virus response and vaccine rollout. Lt. Gov. Daniel McKee, who will take over as governor if Raimondo is confirmed by the U.S. Senate, will also continue providing updates, she said.

"Governor Raimondo will address Rhode Islanders in her State of the State address on February 3," Lucas said. "She is focused on ensuring a smooth transition and continuing to manage the public health response."

But as the state's chief executive, the updates should be coming directly from the governor, the New England First Amendment Coalition letter said.

"Limiting your availability and avoiding the press not only deprives the public of this much-needed information, but the lack of transparency shakes the confidence we have in our state government," the letter said.