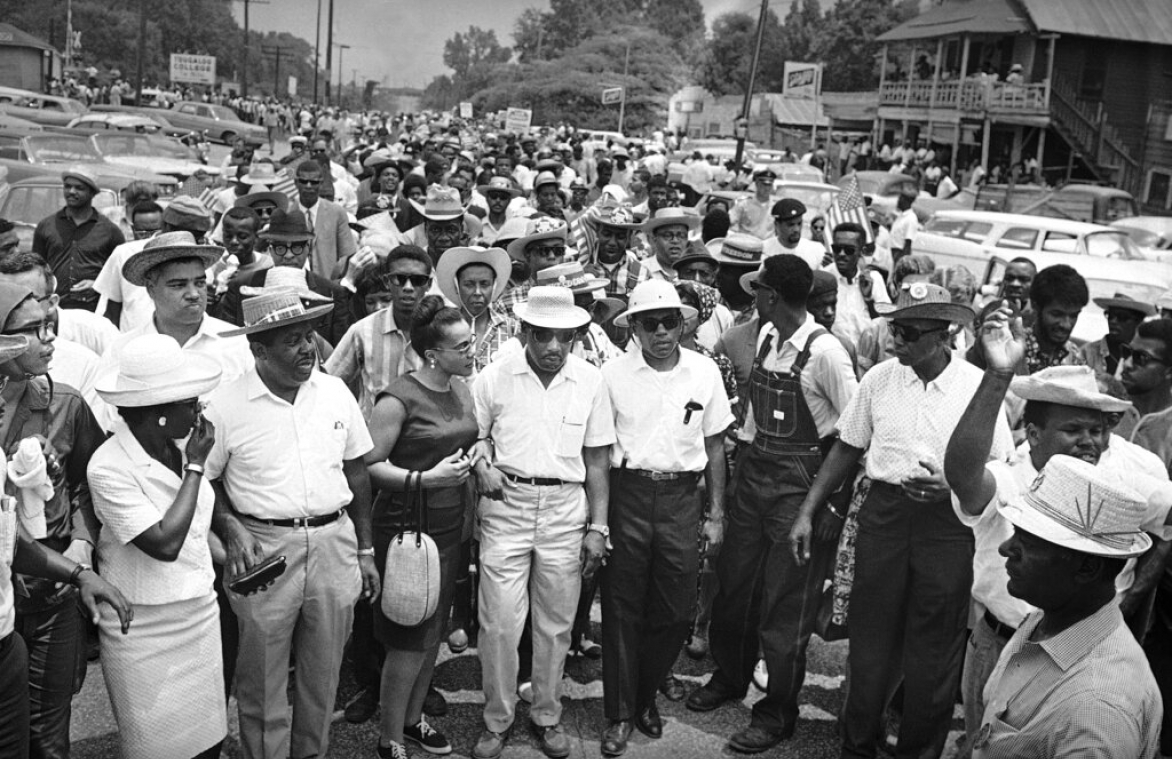 Thousands of civil rights marchers fall in behind their leaders as the last leg of the Mississippi March sets out from Tougaloo College for Jackson in Tougaloo, Miss., on June 26, 1966. In the front row, left to right: Mrs. Juanita Abernathy, the Rev. Ralph Abernathy, Mrs. Coretta Scott King, Dr. Martin Luther King, James Meredith, Stokely Carmichael of the Student Non-Violent Coordinating Committee (looking back) and Floyd B. McKissick, national director of the Congress of Racial Equality. (AP Photo/Charles Kelly)

Black History Month is, among many other things, a time to reflect on the civil rights movement.

As David L. Hudson Jr. writes in this First Amendment Encyclopedia article, “The First Amendment proved to be a crucial tool for the Civil Rights Movement in the 1950s and 1960s, as ministers preached, protesters marched, organizations litigated, advocates petitioned, and the press reported on racial discrimination.”

The guaranteed freedoms of the First Amendment work for all of us, and allow all of us to work for a better society.